Why Approval Voting is Unworkable in Contested Elections 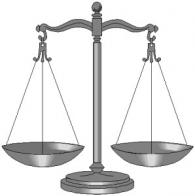 And How the Borda Count, Score Voting, Range Voting and Bucklin Voting are Similarly Flawed Due to Vulnerability to Strategic Voting

Approval voting is a method of voting to elect single winners that has adherents among some voting theorists, but is unworkable in contested elections in which voters have a stake in the outcome. Once aware of how approval voting works, strategic voters will always earn a significant advantage over less informed voters. This problem with strategic voting far outweighs any other factor when evaluating the potential use of approval voting in governmental elections.

Other methods that should not be used in meaningfully contested elections include range voting, score voting, the Borda Count and Bucklin voting. They all share approval voting’s practical flaw of not allowing voters to support a second choice without potentially causing the defeat of their first choice. Such voting methods have their potential value, but only in elections where voters have no particular stake in the outcome.

In FairVote's new analysis, we support our claims about approval voting and similar voting methods both with theoretical analysis and with a broad range of evidence, including the failure of these voting methods in every single significant use in meaningfully contested elections.

• Approval voting is not a viable method of voting because it is highly vulnerable to strategic voting in contested elections. It violates the “later-no-harm” criterion, meaning that indication of support for a lesser choice can help defeat a voter’s most preferred candidate. It is a system that only will work when voters don’t understand the system or have no stake in the outcome.

• All voting methods have certain theoretical flaws, but having a practical flaw that inevitably leads to tactical voting is qualitatively different. Creating incentives for strategic voting is not just another undesirable property. It makes a system unworkable in elections with active campaigns and meaningful choices. Quite simply, it is unacceptable that voters who vote tactically by casting a single vote for their favorite candidate will gain an advantage over those voters who indicate support for more than one candidate in the manner suggested by the ballot instructions.

• Some voting system theorists do not provide proper weight to vulnerability to strategic voting due to a failure to understand the nature of competitive campaigns. In competitive elections, voters will not be “honest men,” in the words of French mathematician Jean-Charles de Borda. Borda realized his similar proposal (the Borda Count) would not work unless voters and campaigners avoided tactical voting. But tactical voting is not dishonest if allowed by the rules; seeking to win is a natural part of elections in which voters care who wins, and any system that fails to accommodate that reality is insupportable.

• Approval voting and variations of it have rarely been used in meaningfully contested elections due to this problem. The few trials of the method confirm our critique, however. Examples include problematic early elections of president and vice-president in the United States and the rise and fall of “Bucklin voting” in a number of U.S. jurisdictions. Hypothetical uses of approval voting also underscore its unworkability in meaningfully contested elections.

• Approval voting faces other hurdles that add to its lack of viability. It will face significant political opposition due to violation of our common sense understanding of majority rule. With approval voting, for example, a candidate with the first choice support of more than 50% of voters can lose to a candidate without a single first choice supporter.

• It is no coincidence that plurality voting and forms of runoff voting and instant runoff voting are the only voting systems used to elect single-winner offices at any level of government anywhere in the world. They are the only voting methods that uphold the later-no-harm criterion. Although plurality voting and traditional runoffs are more vulnerable to strategic voting than instant runoff voting, those vulnerabilities are not nearly as problematic as violation of the later-no-harm criterion.

• The Borda count, Bucklin voting and range voting are among other voting methods that are also unworkable in meaningfully contested elections due to violation of the later-no-harm criterion.

• Voting methods that transparently violate later-no-harm are illusions for reformers of governmental elections – they represent a promise that will never be realized and are distractions from the core policy choice for jurisdictions debating how best to elect single winner offices: whether to adopt plurality voting, traditional runoffs or instant runoff voting.

• Approval voting and other methods that violate later-no-harm can have value when in surveys or certain private elections where honest, non-strategic behavior is to be expected. But such uses are quite different from using these methods in elections where candidates campaign aggressively and voters care about who wins and who loses.

The full analysis is available at www.approvalvoting.blogspot.com or as a pdf document.