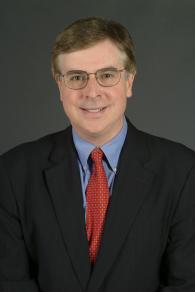 William Redpath has served as the Treasurer since 1995.

Mr. Redpath was Ballot Access Committee Chair of the Libertarian Party from 1990 to 1997, successfully leading the party to 50 state ballot status for its presidential tickets in both 1992 and 1996. This was the first time that a U.S. minor political party qualified its presidential ticket for the ballot in all states in successive elections.

Professionally, Mr. Redpath is a Vice President with BIA/Kelsey, which offers financial and strategic advisory services for the media, telecommunications, and related industries.

Prior to joining BIA in 1985, Mr. Redpath was a Senior Financial Analyst with NBC in New York. Prior to that, Mr. Redpath was a staff auditor in the Cincinnati office of Arthur Andersen & Co., from 1980 to 1982. Subsequent to that, he was Assistant Financial Manager of WISH-TV, Indianapolis. He then joined the Internal Audit Department of ABC in New York, after which, in 1984, he took the position with NBC.

Mr. Redpath earned his B.A. degree in Economics and Political Science from Indiana University and his M.B.A. from The University of Chicago. He is a Certified Public Accountant in the Commonwealth of Virginia. He is a member of the American Institute of Certified Public Accountants, from which he has earned the Accredited in Business Valuation (ABV) designation. He is an Accredited Senior Appraiser (ASA) in Business Valuation with the American Society of Appraisers, is a Chartered Financial Analyst (CFA) and has earned the Certificate in Investment Performance Measurement (CIPM) designation from the CFA Institute.