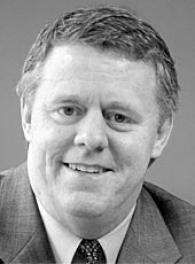 Paul Jacob is one of the nation's leading advocates of term limits and of initiative and referendum rights. He has worked on over 100 initiative and ballot access campaigns throughout the United States. For more than ten years, Paul led U.S. Term Limits, the nation's largest term limits group, and today is president of Citizens in Charge, a non-partisan, non-profit advocacy organization

Paul hosts Common Sense, an online, radio and print opinion program. He writes a weekly column for Townhall.com and his writing has been featured in numerous publications including USA Today, The New York Daily News, The Washington Times, and The Chicago Tribune. He has appeared on Fox News, CNN's "Inside Politics," NBC's "Today" show and ABC's "Nightline."

Paul spoke at a 1995 conference organized by FairVote in Boston and has campaigned for ranked choice voting in states such as Washington.