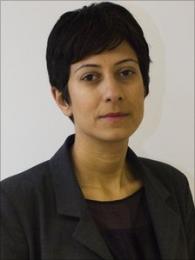 In 2010, Katie Ghose became Chief Executive of the Election Reform Society, an organization in the United Kingdom that promotes alternative voting systems. A campaigner and barrister with a background in human rights law and immigration, she served as a Commissioner on the Independent Asylum Commission from 2006-2008, where she helped to conduct the biggest ever independent review of the UK asylum system leading to the government's commitment to get rid of the detention of children in immigration centers.

She has worked as a lobbyist and campaigner for several third sector organizations including Age UK and Citizens Advice and spent five years as Director of the British Institute of Human Rights.

Katie has delivered lectures, seminars and courses on campaigns and public affairs the UK for a range of charities, public bodies and lawyers. Her first book Beyond the Courtroom: a lawyer’s guide to campaigning was published by Legal Action Group in 2005.