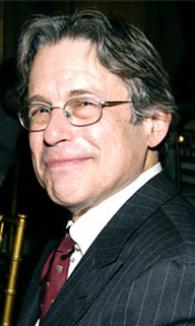 Hendrik Hertzberg, a member of FairVote’s board since 1995, is a senior editor of The New Yorker, where he frequently writes the "Comment" column of political commentary. He has written for that magazine off and on since 1969, when, after serving in the U.S. Navy, he became a staff writer for "The Talk of the Town."

When Jimmy Carter was elected President in 1976, Mr. Hertzberg left The New Yorker for what turned out to be a sixteen-year absence. He joined the White House staff as a junior speechwriter and in 1979 became President Carter’s chief speechwriter. He accompanied Carter on his travels in Europe, Asia, and the Middle East, and worked on all his major speeches up to and including the (unscheduled) Farewell Address. It was this hands-on experience at the highest levels of government that prompted Mr. Hertzberg to become interested in the effect of electoral systems not only on policy formation but also on the general political health of a modern democracy.

For more than a decade after Carter’s re-election defeat Mr. Hertzberg was associated with The New Republic, alternating with Michael Kinsley as the magazine’s editor.  During Mr. Hertzberg’s second and final three-year stint in the editor’s chair, TNR twice won the National Magazine Award for General Excellence—the magazine world’s equivalent of the Pulitzer Prize. In between editorial stints he wrote for TNR and many other magazines from a base at Harvard’s John F. Kennedy School of Government, where he was a fellow at the Institute of Politics and the Shorenstein Center for the Press, Politics, and Public Policy.

Mr. Hertzberg rejoined The New Yorker in 1992, initially as executive editor under Tina Brown. He lives in New York City with his wife, Virginia Cannon, also a New Yorker senior editor, and their young son. He is the author of "Politics: Observations & Arguments," published by Penguin Books. His blog for the New Yorker online can be read here.