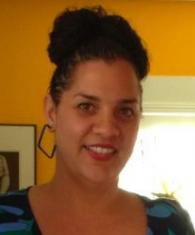 Esperanza Tervalon-Garrett is the executive director of Oakland Rising, a multilingual, multiracial collaborative that educates and mobilizes voters in Oakland, California. She has over a decade of community and political organizing experience, including as political director for Congresswoman Barbara Lee, a community organizer in Louisiana after Hurricane Katrina, and a labor relations representative with the Service Employees International Union.

During her five years at Oakland Rising, Esperanza has led efforts to build a permanent political and electoral infrastructure, and mentored staff from partner organizations and community members to conduct voter outreach and field programs. She graduated from Mills College with a B.A. in English Literature.

Esperanza has been a community leader on ranked choice voting in Oakland for several years, playing a leading role in community education in its first use in 2010.