For years, FairVote has highlighted how our nation's reliance upon winner-take-all elections and single member districts for Congressional elections without national standards has left our voting process open to the abuses of unfair partisan gerrymandering. Insiders for decades have known how powerful redistricting can be for elected officials to protect friends and undermine opponents. It's a blood sport that both parties have exploited, thereby minimizing the role of voters in the political process. By gerrymandering the districts, legislators and their political cronies have used redistricting to choose their voters, before voters have had the opportunity to choose them. 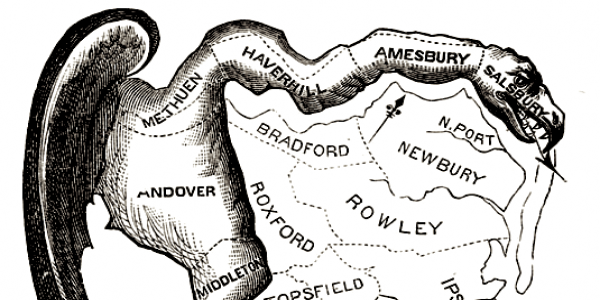 For the historical development of redistricting, see All About Redistricting. For FairVote's solution to the gerrymandering problem, see the Fair Voting plan for the U.S. House.

The process of redistricting is highly partisan and often comes at the expense of voters. FairVote has developed a number of new resources regarding redistricting, including:

What's the Problem with Redistricting?

Solutions to the Redistricting Problem

FairVote encourages a number of short-term solutions such as national standards for transparency and public input, as well as replacing the partisan system with independent commissions at the state level. However, resolving the gerrymandering dilemma is only part of the problem. To achieve competitive elections, legislative diversity, and other public interest goals, fundamental change requires multimember districts with proportional voting. These reforms will help ensure all voters have choices and no strong prospective candidate is shut out of a chance to participate.

Read about other redistricting reform work and analysis from the EndGerrymandering.com coalition and the website of the former coalition Americans for Redistricting Reform.