Zimbabwe: Fairer Election Methods, but Trouble at the Polls 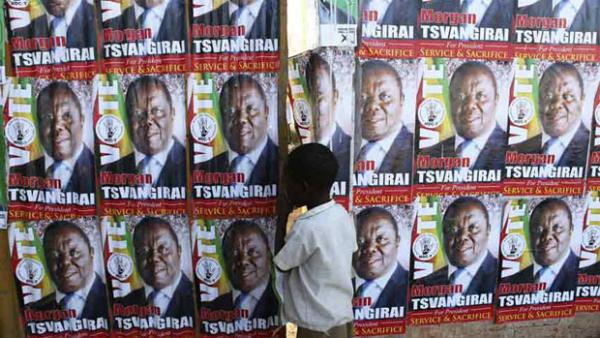 Zimbabweans went to the polls on July 31st to elect a national government under a new electoral system. In June, longtime president Robert Mugabe used a presidential decree to make changes to the country's election laws, bypassing parliament to enact a more proportional system of representation and rules designed to provide more equitable representation of women. While widespread accusations of fraud and electoral tampering cast serious doubt over the legitimacy of the results, the recent reforms did have some positive impact, most notably on the number of women serving in parliament.

Under the new system, the majority of seats in the National Assembly are still elected through a first-past-the-post, winner-take-all system - one that historically has provided very imbalanced outcomes, as when Mugabe's ZANU-PF party won all but two seats in 1995. In the new system, each vote for one of these constituency candidates also counts as a party-list vote for the election of 60 of Zimbabwe's 81 senators, the 10-member Provincial Councils in each of Zimbabwe's provinces, and for the 60 seats in the House of Assembly that are reserved for women. This combination of electoral methods places Zimbabwe's electoral system in the category commonly referred to as mixed-member parallel.

Such systems are an improvement over pure winner-take-all systems, but still carry the possibility of producing disproportionate results - particularly when the seats allocated by proportional representation do not factor in the outcomes in the winner-take-all seats, making them "non-compensatory" (as contrasted with proposals like our Districts Plus plan). This was the case in Zimbabwe last month, where Mugabe's ZANU-PF party won 61% of the vote, but close to 75% of the seats in parliament. ZANU-PF's primary rival, the faction of Movement for Democratic Change led by Morgan Tsvangirai (MDC-T), won 34% of the vote, but 26% of the seats in parliament.

Despite the overall problems with the election, Zimbabwe's new electoral rules had a positive effect on the composition of the Senate. The 60 elected senate seats were divided between the parties in proportion to their percentage of the total party vote, leaving the ZANU-PF with 37 seats, Tsvangirai's MDC-T with 21, and the MDC faction led by Welshman Ncube with 2. Under a winner-take all system Ncube's MDC would have been unlikely to win any seats, but the proportional allocation of senate seats ensures that the Ncube's supporters will be represented in parliament.

Rules designed to promote gender parity also had a powerful effect on the composition of the Senate. Under Zimbabwe's party list system, each party was required to nominate a slate of candidates led by a woman in each province, subsequently alternating between candidates of either sex. As a result, the final composition of the elected portion of the Senate was 37 women, and 23 men. After the addition of the senators designated to represent disabled persons and the traditional council of chiefs from non-metropolitan provinces, the final composition of the senate is 38 women, and 42 men, a distribution between the sexes that is among the most equitable of any national legislative body in the world.

The enhanced proportionality provided by these new electoral rules has the potential to help diminish the deep rifts in Zimbabwean society that were made apparent in the violence surrounding the country's contentious national elections in 2008, and the latent tensions between and within Zimbabwe's Shona and Ndebele ethnic groups. Proportional representation systems are associated with lower levels of political ethnicization and are often prescribed for nations with particularly divisive politics as a mean to alleviate conflict.

Ultimately, the exact electoral system in place in Zimbabwe will remain a secondary concern so long as elections in the country are not fully free and fair. This year, there were serious questions about basic fairness in casting and tallying votes. Legitimacy in the eyes of participants is one of the most basic prerequisites to a meaningful democratic process, yet it is one Zimbabwe has consistently struggled to meet. Even these recent electoral reforms were seen by some as a ploy to disadvantage opposition parties that would be forced to rush through chaotic primaries and into an unfamiliar electoral landscape. While electoral reforms have had some positive effects, fair representation in Zimbabwe will be hard to come by as long as the country's underlying democratic deficits persist.