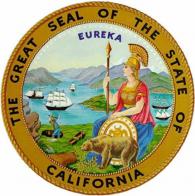 FairVote's Board of Directors recently voted to oppose Proposition 14 on the ballot this June in California. Here is our statement.

Many Californians are frustrated with their state's politics. Incumbents almost never lose, most general elections are lopsided, and most elections are effectively decided in low-turnout primaries. The status quo is hard to defend, but we still support it over Proposition 14 and the proposal to establish a "Top Two" system in California.

FairVote promotes ways to make elections more inclusive to individual voters and groups. An engaged citizenry benefits our communities and civic institutions. We believe in:

To achieve these goals in California, we support adoption of proportional representation for legislative elections and instant runoff voting for elections to single winner offices. Proportional voting means that like-minded voters can come together to win seats in proportion to their share of the vote: 50% of the vote wins five out of ten seats, and 10% wins one out of ten seats. Instant runoff voting allows voters to rank candidates in order of choice, and, by simulating a series of runoff elections, their rankings end the "spoiler" problem by giving voters a chance to vote for their favorite without splitting the majority vote.

We support these reforms over a Two-Two runoff, but would consider supporting Top-Two over the status quo. But Proposition 14's flaws are too severe. Consider, for example, its proposed timing and impact on political association.

The Two Rounds of Voting are Too Far Apart: Runoff elections are a way of conducting majority-voting elections, which we support when electing one person to an office. Instant runoff voting is a more efficient, voter-friendly means to elect a majority winner, but two-round runoff elections also are likely to achieve that goal. In France, for example, runoffs take place just two week after the first round, meaning that both rounds are part of a general election season where all candidates' voices can be heard.

Under Prop.14, however California would eliminate nearly all candidates in a preliminary election held in early June --thereby leaving only two candidates on the ballot for five months until the November election. In fact, Prop. 14 does not even allow write-in candidates in the November runoff. In June, major parties may fail to secure a runoff spot due to split votes, while small parties will almost never advance. Five months with only two choices severely narrows the dialogue necessary to engage voters in a positive way and widen public understanding of policy alternatives.

Political Association Rights Are Neither Encouraged Nor Protected: We recognize Prop. 14's intention of moving away from the antiquated process of partisan primaries that today are subject to plunging voter turnout and unrepresentative electorates, yet limit everyone else's choices in November. But its solution is draconian for small parties and problematic for all parties. First, candidates only will be able to run with a party label only after a large number of voters register with that party -- meaning that many candidates will not have the option to list their true party of choice. At the same time, a candidate can register with an established party and run with its label even if that party wants nothing to do with that candidate.

We want to improve electoral politics and increase participation through innovative means of promoting more association, not less. Allowing candidates to indicate party preferences on the ballot without the party having any say will lead to voter confusion and dilution of parties' rights of political association. In the Washington State Grange case that opened the door to the Top Two system, the Supreme Court ignored the modern world's convergence of political association and inclusive technology -- a convergence with the potential to engage and inform voters and offer them new, expanded voter choice.

In Closing: Political structures in California, if not the nation, are in need of reform. The Public Policy Institute of California concluded that Prop. 14's "overall effect on California's political landscape would probably be modest." We agree. California, a usual innovator, needs to take a look at its 1859 era legislature from a 21st Century perspective and consider bolder proposals. FairVote could support a "top-two vote getter" system, but within criteria we stated above. We therefore oppose California's Proposition 14.