Many voters, not kindergarteners, will be employing their basis counting skills come Election Day. That’s because a number of jurisdictions across the country have adopted Instant Runoff Voting (IRV) also known as ranked choice voting (RCV) for electing local (and even statewide) offices. The concept behind ranked choice voting is self explanatory; voters cast a ballot by ranking candidates in order of preference. Major cities, like San Francisco, currently use RCV to elect the Mayor and other city officials (the SF Department of Elections has developed great educational resources and SF Gate also has a very accessible explanation of how the system works.)

Aside from the ease of understanding counting, I mean voting, ranked choice voting is also lauded for its efficient abilities of instantaneously completing runoffs and avoiding costly rounds of elections. While fiscal considerations are often a starting point for this electoral reform, the intrinsic benefits of ranked choice voting are at the heart of democracy. Simply put, RCV ensures majority rule. More often than not, our politics and elections teeter between the plurality opinion of either the Democrats or Republicans. 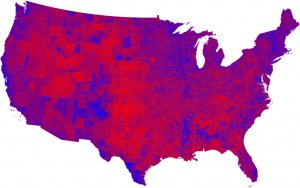 In reality, the purple America hypothesis is not too far off, with 36% of those surveyed by Pew Research Center self identifying as political independents. Voter registration numbers confirm that trend. Of the 29 states (+DC) that allow party identification as part of voter registration, Prof. Michael McDonald found that since 2008 both the Democrats and Republicans lost registrants, while minor party registration increased by 2.5%, and unaffiliated voters rose by 101,429 or 0.4% .

Despite the obvious trend away from the two major political parties, the political paradigm still revolves around these focal points. What results, as John Nichols recently wrote about in The Nation, are “dumbed-down choices” handed to us by political consultants. With the major parties, he continues:

“we are left with a ‘choice’ that in some cases is no choice at all—or, at the least, not a very appealing one. But it doesn't have to be this way. A simple election reform, the adoption of Ranked Choice Voting, could open up the process and allow for real choices in states across the country. “

“I learned to appreciate RCV in 1998, when running for governor of Vermont. I faced strong nominees of both the Republican and Progressive party. With votes split three ways, I barely won a majority. Major parties can react to such an election in one of two ways: fight the very existence of third parties or change laws to handle increased voter choice. RCV represents this more democratic approach.”

The ability to rank the candidates, instead of just checking off a box or bubbling in a circle for the preeminent candidate, allows the voter to express his true preference without having to calculate a tactical vote. The fear of helping the worse off party, R or D (choose one), by supporting ‘other’ is also ameliorated as explained Thomas Friedman in his recent op-ed in New York Times. Friedman writes:

“…if the independent does not win, your vote is immediately transferred to your second choice, say, the Democrat. Therefore, you have no fear that in voting for an independent you might help elect your real nightmare — the Republican.”

What’s good for the voter in this case, can also be a functional tool for candidates. Start-up candidates can spend less time trying to convince voters that a vote for them is not a wasted vote or worse yet, a vote for a spoiler (no one needs a reminder of the ‘00 Presidential, even if it’s now a decade ago!) Established candidates can save thousands of dollars on negative campaign ads to clobber the opponent in the zero sum calculations of taking away votes, and emerging as the ‘vote for me cause I am not him/her’ candidate. 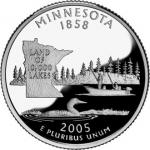 To illustrate the potential change in the tenor of discourse, a trans-partisan group of former state officials in Minnesota recently penned an op-ed in the Star Tribune, deploring the current voting system as being “dominated by the parties’ ideological bases” with no room for an independent candidate such as Tom Horner. Horner is running for Governor as an independent in what is considered a tossup between the Democrat Mark Dayton and Republican Tom Emmer to replace outgoing Republican Governor Tim Pawlenty. Rasmussen’s latest poll shows Dayton ahead with 44%, Emmer at 41% and Horner at 10%. The op-ed contributors call for the implementation of ranked choice voting statewide, and the proposal is also endorsed by Don Fraser, a former U.S. Representative and current Mayor of Minneapolis (a city that already uses the system for local elections.)

If Minnesota decides to adopt ranked choice voting for statewide elections, it would not be the first state to do so. On Nov 2., North Carolina will be pioneering this system on a statewide level for the Court of Appeals position as reported by Newsweek. Other cities trying the system for the first time are Oakland, Berkeley and San Leandro in Alameda County in California.

It’s not all praise for the system though, introducing RCV can present challenges. In North Carolina, second and third choice rankings won't be counted until after the State Board of Elections has finalized the first round of votes on Nov. 23 (three weeks after the election). In Alameda County, county registrar Dave Macdonald has decided to wait to run the tally until Friday after the election to ensure all votes are accounted for before the tabulation.

What’s a day or two in exchange for real democracy? Perhaps former Governor Howard Dean puts it best: “With ranked choice voting, we can uphold majority rule, make campaigns less negative and foster less partisan elections. Let’s adopt ranked choice voting in the best spirit of making democracy work for all of us.”
We can all benefit from more civility in our elections, and that’s a fact that doesn’t even have to be screamed.
Return to Top