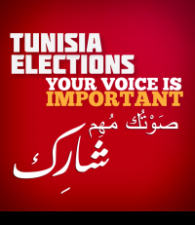 Tunisia, last month held elections for representatives to the Constituent Assembly, a historic milestone nine months after the overthrow of Zine El Abidine Ben Ali. Although the exact rate of participation is contested, it appears to have been around 80%. The election is seen as a democratic success for new Tunisia, with some 4.1 million registered voters voting to select the members of the Constituent Assembly – using a method of proportional representation that ensured nearly every participant elected someone, and no one faction earned the winner-take-all power to dominate other factions.

Tunisians have fulfilled their duty peacefully and with great pride, whether in the capital or in provincial towns. European Union observers saluted the election’s “transparency.” Clearly, the strong desire of Tunisians to be governed by democratically elected authorities guided the electoral process.

Additionally, the Assembly will define the contours of the Tunisian State, outlining its foundations, proclaiming the people’s rights, and creating mechanisms for the realization and protection of freedoms.

The Election – In Focus

Elections to the General Assembly were held using a party list form of proportional voting in 33 districts, with 27 at home and six abroad. Within each constituency, each political party submited a list of candidates. Two important rules governed the composition of party lists. First, parties must alternate between male and female candidates; second, parties were prohibited from running candidates previously associated with the ousted Ben Ali regime. In addition to the party lists, voters were able to opt for an independent candidate.

To win a seat, a party or independent candidate must meet the district-specific threshold,  found by dividing the district’s total number of voters by its number of seats. For example, if a district has 160,000 voters who cast ballots and eight seats, a party must obtain 20,000 votes to elect one member. After seats have been allocated to parties crossing the threshold, any remaining seat is awarded to the party with the highest below-threshold total.

Called the Hagenbach-Bischoff method of proportional voting, this rule not only helps minor parties win representation, but also ensures that no major party wins an overwhelming victory. The proportional nature of the Tunisian election is highly significant. Rather than use a winner-take-all system similar to those found in many Western democracies, which exaggerates representation for certain parties, proportional voting allows for fuller representation of the political and demographic dynamics of the country.

Ennahdha, a conservative Islamist political party with a name that means renaissance in Arabic, won the most seats in the election, having obtained 41.47% of the vote as well as the largest vote share in every district. With a fair voting system in place, Ennahdha won Y% of the seats.

Nevertheless, such a strong result means it is now the main political force in the country, capable of affecting the future development of the Constitution and the government. Ennahdha, led by Rachid Ghannouchi (who spent 22 years exiled in London), is an admirer of the AKP in Turkey, a conservative party that desires a greater role for Islam in politics.

Ennahdha’s detractors feared that an overwhelming victory for the party at the polls would mean an end to Tunisia’s secular history, despite Ennahdha’s repeated statements that it would not institute Sharia law. Whatever Ennahdha’s true intentions, it is important to understand that the election’s proportional rules made it far more difficult for any party to dominate the incoming Constituent Assembly. This is because proportional representation gives voice to smaller parties and prevents a major party from winning a share of seats greater than its share of the vote.

Under the proportional voting system, the result of the election was as follows: Ennahdha 90 seats, Congress for Republic (CPR) 30 seats, Ettakatol 21 seats, and 76 seats to other parties – 109 seats are necessary for a parliamentary majority. Ennahdha’s failure to win a majority of seats means that it must now form a coalition with another party. It has expressed its intention to form an alliance with the the secular CPR party. "We are ready,” Larayd Ali, an executive committee member of Ennahdha, said, “to form an alliance with the Congress for the Republic…because our visions are not so different.”

Importantly, under a winner-take-all system, Ennahdha likely would have won a majority of seats, meaning it would not have needed to form a coalition government. In that CPR will force Ennahdha to pursue more moderate policy that is reflective of what most Tunisians want, it seems the proportional representation system is the best answer to some Tunisians’ worries of possible overeach by the Islamist party.

Votes to Seat in One District

To better understand the importance of voting systems and the way in which rules affect outcomes, consider the example of the Tunisia vote that took place in France 1, where Tunisian voters in the north of France voted.

In this district, there were 67,280 voters and five seats to the Assembly up for grabs. In the table below, we see the seat distribution per party under the different voting systems. Under a proportional rule, the threshold to win one guaranteed seat in France 1 is 13,457 (20% +1). Four parties receive seats:  Ennahdha’s 22,672 votes give it one seat, and its remaining 9,216 votes, being greater than the total of any other party, give it the first remainder seat. The next remainder seat went to CPR, then to Ettakatol, and the last to PDM.

Conversely, under a winner-take-all rule, Ennahdha would have been allocated all five seats – in other words, 100% of representation for 33.7% of the vote. All other parties – CPR, Ettakatol, PDM – would receive nothing, a highly undemocratic result.

It is important to remember that Tunisians triggered the first spark of the Arab revolution of the 21st century. By choosing a proportional election rule over winner-take-all, Tunisians have shown the world what real democracy can and should be. The region’s next elections will occur in Egypt in late November, which will employ a hybrid of winner-take-all and proportional representation. In Lebanon, which is not concerned by protest movements , the interior minister, Charbel Mrwan, recently presented a bill for the adoption of proportional voting, while proportional representation is a key topic of concern in other Arab nations like Jordan and Yemen. The Tunisian election has been a lesson in democracy that, with luck, could inspire and serve as a blueprint for oppressed Arabs in other countries who harbor democratic ambitions.