The Worst Ballot Access Laws in the United States 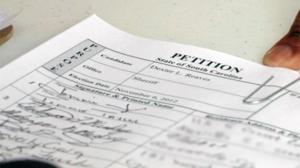 Ballot access laws define the scope of voter choice. For democracy to function, every viable candidate should be able to compete, and every election should meaningfully reflect diverse viewpoints, which is why FairVote includes Reasonable Ballot Access among its key policies for promoting democratic values in its Policy Guide 2015.

The leading expert on ballot access laws in the United States is Richard Winger, editor of Ballot Access News. He is a longtime ally of FairVote - in fact, I had the opportunity to interview him for the inaugural episode of FairVote's podcast, FairVote Voices, back in December of 2012.

Today, we are proud to publish this list of the 19 worst ballot access laws in the United States, authored by Richard Winger. Ballot access law is state law; every state can decide how candidates achieve representation on their ballots, so the list goes state by state in alphabetical order: