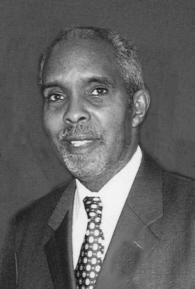 Among the flurry of news coverage surrounding the upcoming landmark Supreme Court decision in Shelby County v. Holder, which will decide the constitutionality of Section 5 of the Voting Rights Act, one interesting man has been getting considerable attention: Jerome Gray. His story has been related in The New York Times, The Huffington Post, and other publications.

A 74-year-old black Alabama local and civil rights advocate, Jerome Gray has had a remarkable career as a community organizer, including work for years at the Alabama Democratic Conference. In that role he worked regularly with FairVote, including helping FairVote for a time as a member of an advisory committee on our organizing and outreach.

Mr. Gray has voted in every election since 1974. Yet prior to the 2012 general election, a county official improperly removed his name from the voting rolls - along with some 500 other names, all in a small town with a population of only about 4,000, 63% of whom are black. A three judge panel ruled the purging of names from the rolls illegal in a decision invoking the Voting Rights Act.

Alabama has a long history of Voting Rights Act activity. Shelby County, Alabama initiated the lawsuit now before the Supreme Court, and Jerome Gray recalls seeing white men in the beds of trucks photographing black voters as they came out to vote as recently as 2008. But Alabama is also home to many of the Voting Rights Act's greatest successes, especially in those towns and counties that have chosen fair voting as a preferred way of guaranteeing an undiluted vote to their African American and Latino populations - highlighted by Dillard v. Crenshaw County, a voting rights case pursued in 1985 that resulted 32 uses of cumulative voting and the one vote system, which has often has been called "limited voting," a name that unfortunately fails to communicate its capacity for expanding representation while ensuring that everyone has the same number of votes.

We recently wrote about the use of fair voting in Calera, the town whose illegal redistricting directly led to Shelby County filing suit against Attorney General Eric Holder in his official capacity. When Calera's redistricting scheme was found to be illegal, they adopted the one vote form of fair voting, allowing the same level of representation for African Americans as under a majority-minority district plan, but without the need for any line drawing. But Calera is far from alone. In fact FairVote hosts a booklet about the use of fair voting throughout Alabama, written by none other than Jerome Gray.

Fair voting in Alabama dates back to the 1980's, when local activists fought for it as the best option for remedying racial minority vote dilution present in so many Alabama localities, and it continues to be effective today. Chilton County, Alabama continues to elect its county commission using cumulative voting, and it has elected a black representative every cycle since its adoption. Fair voting in Chilton County has helped political, as well racial minorities, as demonstrated by the election of Democrat-turned-Independent Tim Mims to the Chilton County Commission in 2008 (Mims has since become a Republican and was re-elected in 2012).

As Jerome Gray wrote in his booklet for FairVote and the now-defunct Southern Regional Council, "thirty-two different governing bodies use some form of [fair voting]." Most use the one vote system, with a few using cumulative voting. FairVote has paid particular attention to Alabama and those working for fair voting there. Back in January, FairVote Voices, the podcast for FairVote, interviewed Ed Still, a local civil rights attorney who has worked for such systems to protect voting rights.

Although much of Gray's work involved making sure local community's changes to single member districts resulted in effective opportunities for African Americans in Alabama, he saw great promise in expanding opportunities for representation in fair voting. He wrote:

The advantages of alternative voting systems as they have worked in Alabama are enumerated below:

1.      They eliminate the requirement of jurisdictions having to redistrict themselves every ten years after a census is taken as is required of single-member district localities.

2.      They eliminate numbered places and the majority vote requirement which is commonplace throughout the South. There are no runoff elections. ...

4.      The electability of good candidates under these systems is not skewed unduly toward incumbents, candidates with the most money, or those with the best business and professional ties.

5.      Strong minority candidates are able to win under these systems, even with less resources and political connections.

6.      It facilitates the establishment and/or use of voting centers for local elections, cutting down on the number of voting places required for elections in single-member district jurisdictions.

7.      It saves jurisdictions a lot of money in that no runoff elections are required. Money is saved on printing costs for ballots, setting up voting machines and paying poll officials. It saves money for the candidates, too, because they don't have to spend additional money campaigning in a runoff.

8.      In the long run, it saves money for the jurisdictions. They will never have to pay lawyers and demographers to assist them in drawing redistricting plans to submit to the Department of Justice for preclearance, nor will they have to pay out any money to lawyers, demographers and experts to defend the fairness of their alternative voting system in court.

9.      In small, less populated jurisdictions, these systems generally improve or increase the potential pool of good minority candidates to run and win simply because they do not restrict, or limit winnable candidate selection to the majority black district(s) as is often the case in single-member districts.

11.  Preparing and publishing voters' lists, as required by law in Alabama, is made simpler because the alphabetical list does not have to be subdivided for poll officials to determine who is eligible to vote in a given district.

12.  The printing and distribution of maps and the training of map readers to help educate voters, poll workers and election officials as to the location of district boundaries and knowing what voting precincts are within each single-member district becomes moot when alternative voting is used.

The benefits of fair voting for achieving voting rights goals have been noted outside of Alabama as well. Cambridge, Massachusetts has used choice voting to elect its city council since 1941, with some noting that the system promoted the representation of racial minorities and promoted racial harmony not seen in other parts of the country. Indeed, Cincinnati, Ohio formerly used choice voting, and the Kerner Commission in 1968 noted that the subsequent racial unrest and ultimately violence may have stemmed from Cincinnati's repeal of the system and the subsequent decline in African American representation.

In fact, Section 5 of the Voting Rights Act has generally made it more difficult for jurisdictions using fair voting to repeal the system and return to suppressive winner-take-all elections that dilute the votes of racial minorities. The New York Times today has an important article about the role of Section Five in New York City, but does not mention that the last time the Department of Justice denied preclearance to voting change in New York was related to fair voting: when New York City attempted to repeal the use of choice voting for its school board elections, the Department of Justice denied the repeal preclearance under Section 5. And opponents of fair voting have noted that its repeal would be easier if Section 5 did not prevent them from changing their laws in ways that would dilute the votes of racial minorities.

It should therefore be no surprise that FairVote and advocates like Jerome Gray both support the Voting Rights Act in its entirety and support the use of fair voting at every level of government.