The Right to Vote Blog: Put more money into politics?

“Let’s put more money into politics!” is a rallying cry that won’t win over too many supporters. Many Americans across the spectrum already believe the hyper-rich are somehow able to finagle elections in their favor, with deals in smoke-filled back rooms and underhanded friendships, and want to see politics become more transparent; in fact, transparency is a phrase that seems like a pre-requisite to any successful campaign. But opinion pieces like this letter in the Commercial Appeal in Tennessee challenge the assertion that money and voting power  should be separated.

The Commercial Appeal  letter calls for a graduated system where a voter receives a number of votes based on the amount of tax they paid. Everyone would cast one vote, and everyone would get one additional vote for each $1,000 paid in income taxes. In this way, the hyper-rich might have 100+ votes to each average American’s one or two votes.

The Appeal letter almost certainly is channeling the irony of Jonathan Swift’s “A Modest Proposal.” But in fact it’s an idea that has also been put forward quite seriously. For example, syndicated columnist Walter Williams has argued that the bottom 50% of the US population, who combined pay less than 4% of all taxes collected, should not have an equally weighted voice with the top 10% of the US population, who pay upwards of 70% of all taxes collected.  Why should people who don’t pay-in get to have a say?

But such suggestions draw dangerously near to a poll tax, banned in federal elections via the 24th amendment and extended to state elections (using the 14th amendment) in a later Supreme Court decision – e.g, it's illegal to charge people to vote, which was still being done in some American elections less than a half century ago. Poll taxes are unconstitutional, but all too reflective of how some Americans see voting and challenge the governing principle of equality in our democracy. (And it took a specific amendment to stop them in the 1960s, as not having a right to vote in the Constitution allowed the practice.)

Yet, no ideal could be more un-American than to equate income and wealth with the ability to participate in government. The framers created a House and Senate of citizens, having lived under a House of Lords with hereditary seats doled out to the wealthy elite; to go back to a system based entirely on wealth would be to subvert the very goals of our own Constitution.

The ramifications of an idea like this are disastrous; what if a mega-billionaire like Bill Gates moved to a small town or state? The Gates’ could effectively buy the entire election by holding enough ‘shares’ that, even if the majority of people who voted disagreed with him, it still couldn’t swing the election against his choice. How is that in any way democratic?

Some compare voting to owning stock; why should someone vote at a shareholder meeting if they didn’t pay to own a stock share? But this is comparing apples to golf clubs; I could live my entire life without ever drinking a Coke product, and so I have little-to-no reason to care how Coke-Cola spends its money. Their fiscal habits will probably not affect my daily life, unless I actively choose to use their products. 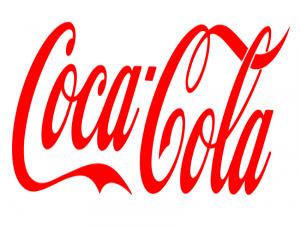 However, as an American citizen, the decisions of my elected politicians do have a daily effect on my life; on the roads I drive on, the taxes I pay on goods I buy, the laws I obey, and the schools I attended. Americans have more daily interaction with their federal and state government than just paying income tax.

Additionally, equating income tax and wealth to voting rights ignores the fact that many Americans are paying income tax right now, yet have no vote or voice in government. Residents of the District of Columbia pay a high income tax, but have no voting representative in Congress. The rallying cry of no taxation without representation is found on license plates pressed by the DC government.

The disenfranchisement of the people of D.C. is inexcusable, but it’s less controversial to separate voting from income and property based on other issues. Other groups, like employed persons under the age of 18, also pay income taxes to the state and federal government  but have no vote at all. If taxes are the basis for government participation, does that mean the 14-year-old store clerk can now vote as well? Similarly, some people who own property in more than one city or state suggest that they should have a right to vote in each jurisdiction – arguing that if the value of their property can be affected by elected officials in a locality or state, isn’t it taxation without representation to not allow them to vote there? But most Americans do not agree. Government is by “the consent of the governed,” to be sure, but we regularly accept limitations on it, particularly when grounded in our basic value that we are all created equal.

So even if our Tennessee letter-writer was writing tongue in check, the sentiment behind the letter might resonate with some Americans. But we should never have to pay to get a vote in government. The U.S. government, on state, local and federal levels shouldn’t be like an exclusive country club with membership fees that block out most of society- it should be open to all.  The fact this is even a possible part of the conversation – and that the poll tax was still in place in some states when John Kennedy was elected -- only serves to further highlight how attenuated our right (or lack thereof) to vote is in today’s America.