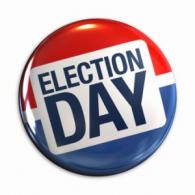 November 8 was Election Day in many states and localities around the country, including for state offices in Kentucky, Mississippi, New Jersey and Virginia. Three states elected members for both houses of the state legislature (New Jersey, Mississippi and Virginia), and two had gubernatorial candidates on the ballot (Kentucky and Mississippi).

Unfortunately, three of these states became the most recent examples of American states and cities where expected low voter turnout indeed became the reality – a disturbing problem in a time of citizen disenchantment with the political process and with candidates and elected officials in general.

In Kentucky, Governor Steve Beshear easily won re-election, becoming the second Democrat this year to win an election for governor. Yet voter turnout was only 29% of registered voters. This percentage of voters was actually higher than the 25% first expected by the Secretary of State, but was far behind the turnout in the last governor’s race in 2007, when turnout was 38%.

What is the reason for this? The Secretary of State suggests that many people thought the outcomes of the races had already been determined. It was a mix between people thinking their candidate was in the lead (and therefore did not think their vote was needed), and people thinking their candidate was not in the lead, thus concluding there was no point in voting. But it’s not just that, as turnout in neighboring West Virginia was very small earlier this fall – low voter turnout almost certainly seems to reflect a broader disenchantment with politics.

New Jersey also saw turnout plummet on Tuesday, reaching an all-time low of 26%, worse than the turnout total of 32% seen during the 2007 elections. All 120 seats in the state legislature were theoretically in play, although most outcomes were foregone conclusions. In addition, a state ballot initiative sought to legalize sports betting. Ocean City, NJ had turnout range from 22% of registered voters in some areas, to 43% in others.

Virginia had expected low turnout as well. Even though the state senate was in play – and Republicans apparently have picked up two seats, enough to have a tie in seats that the GOP lieutenant governor can break in their favor --few seats were seriously contested, as FairVote’s analysis shows. The combination of winner-take-all rules, incumbent advantages and gerrymandering led many representatives to run unopposed, leaving only one-third of the races contested, most of which were in the Northern Virginia area. A mid-October poll done by Christopher Newport University found that 70% of registered voters were paying “little” to no attention to the November 2011 elections.

So what do these turnout results say about voters and our electoral system? In the case of Kentucky, deciding not to vote on the basis of how well a candidate is perceived to be doing in the polls sends a clear message that some voters do not feel that their voice is valuable enough to be heard, despite the margin of effect their vote has on the actual race. In Virginia, with two-thirds of races uncontested, voters already knew who the winner would be before they voted, and had more incentive not to show up on Election Day. But is it fair when the choice of who a representative will be is already made prior to voters casting their ballot?

Mississippi, comparatively, had higher turnout than normal for races held during an off year. Phil Bryant was elected governor, keeping the gubernatorial seat with the Republican Party after Governor Haley Barbour. Bryant defeated Democrat Johnny Dupree, who was the first African American candidate to ever win a major party’s nomination for Mississippi’s gubernatorial seat. The Republicans also kept control of the senate, and, in an historic switch, gained enough seats to take over the state house of representatives as well.  Perhaps just as big a draw for some voters was a ballot measure that sought to declare fertilization as the beginning of human life.

Even though voter turnout was not nearly as high as during a presidential election, it marked a historic moment in Mississippi’s history. Many precincts in Mississippi had lines of voters even before the polls opened at 7am. Desoto County Circuit Clerk, Dale Thompson, said the combination of the three ballot initiatives that proposed amendments to the state constitution,  the gubernatorial race, and even a handful of local competitive races, were probably the cause of the higher turnout.

Even with both houses of the state legislature up for grabs in New Jersey, where virtually all races were contested, the lack of U.S. congressional or a presidential race adding momentum and excitement to an election could have kept many voters at home. But something positive can be taken away from elections in Mississippi, and that is ballot initiatives. When a question that matters to people -- such as the “personhood” initiative -- is asked, voters can state more directly whether they do or do not want a specific policy, rather than electing a representative who they trust to make that decision for them. The increase in turnout in Mississippi may well have been the result of its ballot measures.

In all, the electoral system in which we currently operate in is no longer working for many potential voters. Voters should feel proud to voice their opinion about who they want to represent them in government, and competitive elections need to be held to completely leave that choice up to the voter, and not in the hands of the parties. Until these problems are fixed, FairVote will not cease in its efforts to give complete decision-making authority back to the voters themselves.