The Nonpartisan Case for National Popular Vote: Al Gore, not GOP Platform, Gets it Right

On August 29th, the Republican Party unveiled its 2012 Party Platform. Nestled inside the platform is a direct condemnation of the National Popular Vote plan (NPV) plan, the state-based campaign to guarantee election of the candidate who wins the most popular votes in all 50 states and DC. This section of the GOP platform opposing NPV and apparently other changes to states' current Electoral College rules reads as follows:

We oppose the National Popular Vote Interstate Compact or any other scheme to abolish or distort the procedures of the Electoral College. We recognize that an unconstitutional effort to impose 'national popular vote' would be a mortal threat to our federal system and a guarantee of corruption as every ballot box in every state would become a chance to steal the presidency.

The language is almost comically hyperbolic. NPV is termed a "mortal threat" to our federal system despite having zero impact on a broad range of powers granted to states in the Constitution. In fact, NPV is grounded in states using powers that are explicitly delegated to them in the Constitution: their plenary power over how to allocate electoral votes and their frequently-exercised right to enter into interstate compacts to facilitate cooperation in policymaking.

Acting on those federal powers makes eminent sense for state legislators who are not afraid of representative democracy. In today's regionally polarized politics, it is indisputable that the current system hurts most states. The huge majority of states are ignored by campaigns under the winner-take-all method of allocating state electors because the outcomes in these states are not in doubt.

This winner-take-all system wasn't used by most states early in our country's history and was opposed by American political giants like James Madison and Thomas Jefferson. It ultimately became the norm because partisan majorities in states realized that it was the best way to help their party. Once in place, the winner-take-all rule has seemed impossible to change because of those same partisan interests. The National Popular Vote plan provides a way out of this dilemma by establishing a nationwide election that creates a level playing field for both major parties.

The platform's final clause is even more appalling. Suggesting that avoiding corruption is a reason to oppose a system where every vote counts equally is an indictment of holding elections based on one-person, one-vote. It elevates fear of voter fraud over the goal of representing the will of the people--a backwards-thinking notion that is contrary to the principles of representative democracy on which our republic was founded.

Take, for example, the fact that the Constitution mandates that every state should hold popular vote elections for the U.S. House of Representatives. That provision means that we have never had a single House Member who wasn't elected by a popular vote system - in other words, a system in which "every ballot box" might be the means to "steal" the election. Taken to its logical extreme, the new platform language would suggest that we seriously consider avoiding fraud by letting state legislators pick electors directly, as was common before the Civil War.

It has been disturbing to see NPV opponents within the Republican Party seek to make it a partisan issue. They build their case primarily on appeals to emotion - gross distortions about how NPV works along with partisan appeals based on the 2000 election results and alleged connections between some NPV advocates and George Soros. 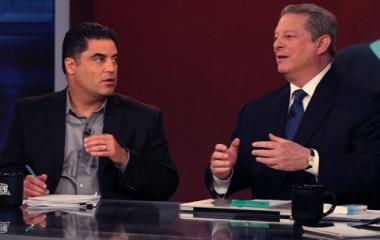 Adding potential fuel to the partisan fire, Democratic 2000 presidential nominee Al Gore spoke out in favor of the national popular vote in a panel discussion on the Current TV network last week. Gore had supported the current system even after his loss in 2000 despite winning the national popular vote. But Gore said that today's political realities have made it clear to him that in the winner-take-all Electoral College, too few states count. Electing a president who didn't receive the most votes is problematic, to be sure, and is an outcome just as likely to hurt Republicans as Democrats. In 2004, for instance, a switch of fewer than 60,000 votes in Ohio would have resulted in a defeat for George Bush despite his national popular vote advantage of more than three million votes. But the core problem with the status quo is that year after year it will relegate the same states to being perennial spectators in presidential elections.

It's tempting to suggest that Gore's support for NPV and the Republican platform's opposition to it cement a partisan split on the NPV issue. But it is Gore's position, not the GOP platform's, that has history on its side. The trajectory of our nation's history has been towards making our democracy more representative--and many Republicans agree. Republicans backing a national popular vote for president include former presidents George Herbert Walker Bush, Gerald Ford and Richard Nixon. NPV's founding advisory committee members include former U.S. Senators Jake Garn (R-UT) and David Durenberger (R-MN), while active backers include 2008 presidential candidate Fred Thompson, former American Legislative Exchange Council chair Ray Haynes and hundreds of Republican state legislators.

As then U.S. House minority leader Gerald Ford said in 1969 in closing his argument for switching to a national popular vote, "If we do not, it is my honest opinion that the people will be let down." Polls show that voters nationwide, including most Republicans, would prefer a national popular vote. Attempts to whip up a partisan fervor over NPV will ultimately fail. Grounded in the sad realities of the increasingly indefensible status quo, NPV advocates will remain steadfastly nonpartisan - and secure a reform that will strengthen American democracy.