The Disappearing Vote: A Spotlight on the Disenfranchised Felon Population of the US 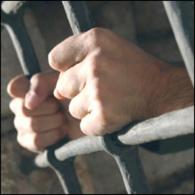 The Disappearing Vote: A Spotlight on the Disenfranchised Felon Population of the US

It is common knowledge that citizens of the United States exercise their democratic liberties by voting in elections. Yet not all citizens are allowed to share in what should be the right to participate in electing the country’s leaders and officials.

A Merriam-Webster definition of someone who is a citizen is someone who is “entitled to the rights and privileges of a freeman.” The word to focus on in the previous sentence is “freeman.” Citizens who have been convicted of a past felony are still citizens, and they are free people who have been deemed safe enough to enter back into society. They should be able to reap the benefits of being a citizen in America, but according to the NAACP, the ability to vote in elections has been stripped away from up to 5.3 million Americans who have a felony conviction.

Depending on the state in which a free citizen with a felony conviction may live, they may or may not be able to vote. But how are we to expect people convicted of felony charges to re-enter society and be law-abiding citizens if they have no direct say in what that law should be?

The disenfranchisement laws for these individuals send a message to those previously convicted that their voice, livelihood, and future success no longer matter to the rest of the country, and certainly not to the politicians who are supposed to be representing them. It is already hard enough for people with felony convictions to find places of employment and neighborhoods to live in where they are not ostracized, and these voting bans only lead to a cyclical pattern of alienation. Taking away their voting abilities shuts them out of the democracy for which this country stands, and has actually been shown to increase recidivism, or a reoccurrence of crime. It also sends an unfair message to these peoples' children; studies have shown that children are more likely to vote if their parents vote.

As if losing voting rights were not enough, the racial minority population, particularly African Americans, is faced with the reality that state laws forbidding citizens with felony convictions from voting has a disproportionate racial affect on their community. Marc Mauer, Assistant Director of The Sentencing Project, testified before Congress stating that nearly 1.4 million or 13% of African American men cannot vote because of disenfranchisement laws. This is seven times the national average. In the seven states refusing ex-offenders the right to vote, 1 in 4 African American men are affected.

Kentucky and Virginia are the two states with the harshest of policies surrounding the voting rights for people convicted of a felony. As a resident of the state of Virginia, I have seen first-hand the devastating effects of Virginia’s strict disfranchisement law. A dear friend of mine is faced to live in this country each day without the chance to systematically directly or indirectly impact the laws that affect his day-to-day life. Now a decade since making one life-changing mistake, he has become a great contributor to his community, yet still cannot go to the polls.

--Here is what he has to say about being a free citizen with a felony conviction in Virginia:

“As a citizen with a felony conviction in the United States, I feel like an alien in my own home.  Millions of citizens with criminal records realize how detrimental it is to not be included in our country’s decisions.  We all have a hand in changing the nation, or at least should.  But once our civil rights have been stripped from us, we cannot vote, hold office, become a notary, or serve on jury duty. ” Read More…

The populations in the U.S. who are prohibited by law from voting in local or national elections consists of those persons under the age of 18, those who are mentally incompetent, those who are not citizens and those living in states that limit suffrage rights due to felony convictions. By disallowing citizens with felony convictions the chance to vote, we equate them to juvenile individuals who cannot effectively make decisions that will add to the overall good of society, a generalization that simply is not true.

There needs to be a widespread calling for an automatic restoration of rights, a system, for example, that isn’t built on conditional laws that require citizens convicted of a felony to take up the painstaking task of finding a job in order to pay their outstanding fines. They often cannot pay their fines because their history of having a felony conviction makes it difficult to get hired. This of course leads them to be ineligible to not only vote, but ineligible to even resubmit registration forms because their fines aren’t paid. It’s a vicious sequence of events that has the potential to boost the rate of voter apathy and indifferent attitudes in terms of obeying the law.

America strongly stands for democracy. For that reason, the government should know that democracy works best when as many people as possible are fulfilling their civic duty by voting. As stated by James Madison in the Federalist 10 paper, democracy does not work when there are majority factions out-speaking minority factions. Democracy does not work if those with voting rights deny the ability to vote to fellow citizens of voting age. It is time for all of our voices to be heard.

UPDATE: FairVote is pleased to announce that  on September 28, 2011, the Governor of the Commonwealth of Virginia, Bob McDonnell, granted a full restoration of rights for the man who gave his account of life in Virginia as a citizen convicted of a felony. Referred to in this blog as "Anonymous Voice," he has now regained his civil rights in its entirety, which includes the ability to vote, run for and hold public office, serve on juries, and serve as a public notary. The total process took eight months. While FairVote is extremely happy for this restoration of rights, the Anonymous Voice is but one happy story out of many stories where citizens convicted of felonies are still awaiting the day when they too will have their rights restored. There is still much work to be done to turn that dream goal into the reality that it should be.

H.R.2212 or the Democracy Restoration Act of 2011 (DRA) is federal legislation that aims to restore the voting rights for about 4 million Americans who are no longer incarcerated and are contributing members in their community. It was re-introduced by Rep. John Conyers on June 16, 2011 and was referred to the subcommittee on the Constitution on August 25, 2011. Search The Library of Congress for updates on the status of H.R.2212.

To learn more about felon disenfranchisement, visit the Brennan Center for Justice