Ten years ago, in December of 2000, the Supreme Court decided Bush v. Gore. The case remains one of the more dividing litmus tests in American politics.  It seems there is an institutional will to forget that the case ever happened; Former President George W. Bush devotes less than a page to it in his new memoirs. Justice Antonin Scalia, when questioned about the legal foundations for the Court’s decision, has told questioners to “Get Over It!”

The court has yet to cite the case as precedent, and went as far as to state in the per curium decision that “Our consideration is limited to the present circumstances, for the problem of equal protection in election processes generally presents many complexities”, in effect limiting the ability for the case to be used as precedent. Yet, the case, and the inadequate level of reform since it occurred, together speak heavily as to the state of American election systems – and the issues caused by our failure to establish an affirmative right to vote in the Constitution.

As background, Florida in 2000 had a remarkably close election. Such a close call is more likely when we divide the national popular vote into 50 states and use “winner-take-all” rules in each state that greatly magnify the impact of winning or losing a state.

Florida's pre-2000 election law was based more on wishful thinking than a rigorous review of what should be done, and what was possible, in a close election. Prior to the start of the 2000 election for example, Florida had a law stating that dimpled chads (ballots where the punch-card was “dimpled” but no paper was removed) could not be counted in the overall total, and recounts were due by Nov. 14th. Combined with hanging chads, a butterfly ballot and other errors, the Miami-Dade County race was a logistical nightmare involving intensive recounting of ballots. Since election laws are a state issue, the case went to the Florida State Supreme Court. Florida State Supreme Court determined to keep the recount ongoing after Nov. 14th, stating that "The will of the people, not a hyper-technical reliance upon statutory provisions, should be our guiding principle.”

That decision was appealed.

At the US Supreme Court level, five justices ruled to end the Florida recounts, as the continued recounts were violating the Constitutional right to equal protection under the 14th amendment. The court based this on the patchwork quilt of recount laws under Florida law, providing for different standards for recounts in each of the four counties in which Al Gore's campaign requested a recount. 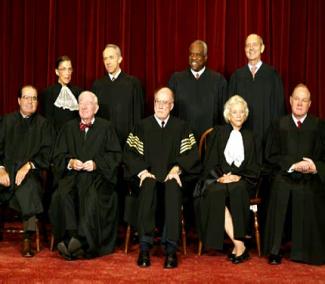 The Bush v. Gore majority directly addressed the right to vote. Writing about appointing electors, the majority states: “The individual citizen has no federal constitutional right to vote for electors for the President of the United States,” citing McPherson v. Blacker which states that a state’s ability to decide how to appoint electors is plenary. Indeed, many states did not hold elections to determine electors in our nation’s early decades, and Colorado did not hold a presidential election as recently as 1876.

The very fact that a state could completely deny its citizens a chance to vote in presidential races underscores the range of other ways our right to vote can be diluted and weakened by federal, state, and local laws without recourse.

While it is true HAVA killed the punch card ballot, and sent chads and their notorious dimples into the recesses of American history, today each state still determines its own recount law – with no federal guidelines nor oversight. In fact, a handful of states have no official recount law, even ten years after the Bush v. Gore decision was finalized.  In nearly all states, a timely recount in a presidental election remains impossible to conduct today. Furthermore, almost no states have sensible post-election audit procedures that, in a timely way, could alert us to potential errors that should require a broader review.

Political wonks continue to ponder the what-ifs of Bush v. Gore, and the actions of all parties involved will be the object of studies for years to come. Yet it seems that, despite Tom Brokaw’s painful description of the litigation as an “omelet to the face” of the American election system, it could happen again.  There is every likelihood that if a state again was in Florida’s position of casting the deciding electoral votes, and was within  range of a possible recount, the same problem would occur.

The Court (unfortunately) was right when it said we have no constitutional right to vote for president. It also is all too true that we don’t seem to learn our lessons and take appropriate statutory steps to uphold that right to vote. Ten years after Bush v. Gore, it’s time for a frank conversation about our democracy and what should be a fundamental citizenship right: the right to vote and have our vote counted.