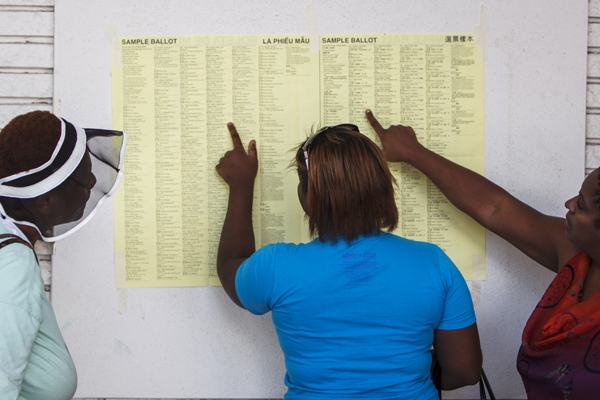 A new FairVote report shows winner-take-all voting rules for U.S. House elections in Texas create largely uncompetitive races and elect officials who do not reflect the state's diverse population. For the 2010 U.S. House elections, Texas ranks 49th out of 50 states using FairVote's Democracy Index, which measures a combination of representation and competition factors.

This week's primaries represented the best chance for voters to affect their U.S. House representation prior to the November election. However, voters in most races did not have the chance to cast a meaningful ballot, as ten incumbents didn't face a primary challenger and all but one incumbent won by a landslide. Rep. Silvestre Reyes, an eight-term Democratic incumbent running in District 16, was the only incumbent to lose in yesterday's primaries. Like Reyes, the delegation's longest-serving Member Ralph Hall was also targeted by an anti-incumbent PAC called The Campaign for Primary Accountability, but Hall won with 58% -- more than 37% ahead of his nearest challenger.

Texas' redistricting process has been messy, but intervention by the courts has allowed the state to hold primaries without too much delay. However, Texas' current map may well be interim -- the state is likely to redraw lines next year. The only Democratic incumbent directly affected was Rep. Lloyd Doggett. Rather than vie for votes in a more heavily-Republican district, Doggett District opted to run in a newly drawn Latino-majority district. Doggett won his Democratic primary handily -- with 71% of the vote, meaning two Latino-majority districts will likely be represented by non-Latino candidates.

If Texas' recent electoral trends indicate November's election results, most of these incumbent representatives will coast to another term in Congress without ever facing a legitimate challenger.

The only loser in this scenario appears to be Texas voters, who will not get the chance to participate in meaningful elections for the U.S. House.

Here are key facts about Texas' U.S. House elections from our report:

FairVote's report, Dubious Democracy, provides a comprehensive assessment of the level of competition and accuracy of representation in U.S. House elections in all 50 states from 1982 to 2010. You can read the section on Texas here and the full report here.

Dubious Democracy: 1982-2010 comprehensively catalogues just how noncompetitive U.S. House elections have been in states around the nation for nearly three decades. FairVote Executive Director Rob Richie said, "Although political campaigns and cable news constantly portray American elections as a horse race, the reality is that the majority of the time we have uncompetitive elections where the incumbent wins without having to make their case to voters."

Confronting meaningless and uncompetitive congressional elections in Texas and throughout the rest of the country is possible. FairVote proposes an alternative - a fair voting system in multi-seat districts - to facilitate fair representation and foster competitive elections.

You can find the fair voting plan for other states here.