Rossello v. United States and the Right to Vote for Puerto Rico 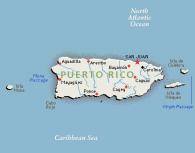 During a week in which we celebrate the American colonies for seeking independence in large part due to denial of representation in the British parliament, it’s time for us to have a candid conversation about voting rights in our own present day “colonies”, starting with the American territory of Puerto Rico.

Brought in the Inter-American Commission on Human Rights  by former governor of Puerto Rico Pedro Rossello, Rossello v. United States addresses the lack of a right to cast a ballot and have such ballots counted in national elections for president and Congress by residents of Puerto Rico. Petitioner Rossello has been disenfranchised, along with all other residents of Puerto Rico, despite his American citizenship,  based solely on his area of residence within the United States. Currently, any American moving their residence to Puerto Rico would similarly be disenfranchised. This glaring discrimination against United States citizens living in Puerto Rico cannot be allowed to continue under international law and FairVote fully supports Rossello in his efforts.

The United States government is improperly denying the ability to vote to at least 3.7 million of its citizens in stating that the Resident Commission non-voting member of Congress is sufficient to address Puerto Rico’s needs. It is simply not reasonable to believe that one non-voting representative to Congress is equivalent to two senators, approximately six members of the House of Representatives, and  a vote for the  president and a vice president. The residents of Puerto Rico are being systematically disenfranchised and relegated to second class citizenship by their own government.

Puerto Rico’s current disenfranchised status is not acceptable. Unemployment in Puerto Rico is over 16% - grotesquely high even in an area where unemployment is always higher than that of the mainland. Residents of Puerto Rico pay the same social security and Medicaid taxes as mainlanders; however, they generally receive about 93% less in Medicaid coverage, something many believe is due to Puerto Rico’s inability to lobby for itself in Congress. Puerto Rico is hemorrhaging over 35,000 people a year and those who do leave are usually the highest educated, highly skilled, young, and Republican. In short, not having a voice at the national level is having a real effect on four million American lives.

Failing to provide basic suffrage rights to Puerto Rico is particularly ironic in a time of way when Puerto Rican Americans serve in our armed services at higher rates than most of our states. Petitioner claims that no other area of the United States suffered so many casualties of war prior to becoming a state as Puerto Rico has, or had more decorated and high ranking service members. Puerto Rican soldiers can be ordered into battle by a Commander in Chief for whom they have no power to vote.

And yet all evidence demonstrates that Puerto Ricans greatly value suffrage rights. Voter turnout in election for governor of Puerto Rico are higher than the gubernatorial election of any governor in the United States. In fact, 81% of the 2.4 million registered voters went to the polls in 2004, and Puerto Ricans make Election Day a holiday for their elections.

Voting rights in other American "colonies" differ. The phrase “the Constitution does not follow the flag” is often tossed around during this conversation to justify the varying levels of right in territories held by the United States. Additionally, “territory” is a broad term. For example, Americans living in American Samoa are U.S. nationals, but not U.S. citizens. The U.S. Virgin Islands require American citizens from the mainland to go through customs. Guam’s constitutional has never been approved by the Unites States Congress. People with residence in any territory, including Guam, the Virgin Islands, the Northern Mariana Islands and American Samoa all have no right to vote for national representatives, in the form of a voting member of Congress or a elector vote for the U.S. President.

The political leaders of an American territory should not have to sue their own country in an international court in order to be heard as full citizens. But the series of cases controlling Puerto Rico’s status are racist (written by the same court as Plessy v. Ferguson) and a national embarrassment. Under the current system, without a right to vote in the national government, the discrimination against American citizens living in its  colonies/territories will continue. For that reason, FairVote supports the efforts of Rossello on behalf the 3.7 million disenfranchised Puerto Ricans in his attempt to gain the voting right he is due as an American citizen.

President Obama’s recent  visit to Puerto Rico was the first such state visit since one by President John Kennedy, and even that first-in-a-half-century visit was seen by many analysts as primarily a means to raise campaign funds and appeal to Puerto Ricans living in the continental United States. The president's pledge to support the will of Puerto Ricans should they vote on statehood again ("When the people of Puerto Rico make a clear decision, my administration will stand by you.") is welcome—but no substitute for immediately seeking means to address the broader problem of how we treat American citizens living in Puerto Rico.