The Constitutional Right to Vote Blog: Rock the Blog!

The last Constitutional amendment (aside from the 27th amendment which started its ratification process in the late 1700s) was the 26th amendment. Ratified in 1971, it states that  “The right of citizens of the United States, who are eighteen years of age or older, to vote shall not be denied or abridged by the United States or by any State on account of age.” While the language is intended to serve young people well, it still leaves open a loophole in Constitutional law- while young people cannot be discriminated against based on their age, they can be denied the chance to vote, or have their ability to vote abridged, for reasons that can also undercut voting rights for older citizens.

As demonstrated by the new Rock the Vote report, the 2011 Voting System Scorecard, we still have significant progress to make to better include 18-25 year olds in our elections.  Perhaps more glaringly, the report indicates that less than 59% of young people (defined as 18-25 years old) are even registered to vote; this makes young people the segment of the US population least likely to be registered. Of those registered or eligible to be registered, many report difficulty understanding the processes.

The report works like this: it breaks down a series of areas related to voting, and gives each state a score in each of these areas. Topics include

All together, the highest possible score is 21 points.  Information on each sub-topic used to evaluate a state was collected from a variety of sources including FairVote, the Brennan Center, Demos, PEW, CIRCLE, the Fair Elections Legal Network, and several others.

Even the state with the highest score (Washington) received only a total of 14.2 or 68%. This score was based on a number of practices Rock the Vote endorses like online voter registration.  States tied for the lowest score (South Carolina and Virginia) received an abysmal 3.8, or 18% of the total possible score. Some states such as California, Delaware and Maryland all received perfect scores in one area (“preparation”) but had room for improvement in other areas. 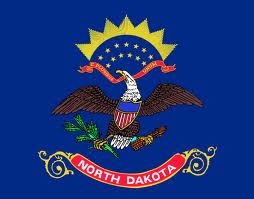 points in these topics it would have a score of over 80%, more than 20% above any other state in the country, bumping North Dakota into the top-spot.
While this report shows many states making progress towards goal of more inclusive voting system, it is instructive about the case for reform that the highest score received was only 68%; a score that is barely passing.

Many states scored 0 points in the preparation section, which includes civic education and voter pre-registration. FairVote has taken a lead role in promoting good practices in this area. FairVote has been a national leader in promoting voter preregistration for young adults soon to be eligible to vote as a means to encourage voter registration in schools and at the DMV; we’ve taken a lead in securing it in recent years in Delaware, Florida, Maryland, North Carolina, Rhode Island and Washington, D.C.  as detailed here. States where voter pre-registration bills are  pending include New York  and Massachusetts.

Rock the Vote reports that nationally less than 4% of 12th grade students were performing “above level” in civics classes; more than 60% are performing at a “basic” level. It is no wonder then that so many young people are registering to vote in the wrong way or at the wrong time. (For more information on FairVote’s civic lessons for students, please visit here). For related resources , see FairVote links on civic education ,an interactive map on registration,blogs related to the topic and pending legislation on voting reform.

Youth voting’s abysmal turn out numbers involve more than issues with pre-registration and civic learning, of course. Many problems arise when young mobile persons want to vote, but find themselves unable to obtain a ballot.  As highlighted by the Rock the Vote report, this is often because some young people become most interested in a campaign close to an election, at time at which many states’ registration deadlines have long since passed. In fact, Rock the Vote found that 15% of people who tried to use their online voter registration form in 2008 did so after the deadline for the upcoming election, and 10,000 tried to register to vote on Election Day!  Without same day voter registration, and easy-to-use absentee voting procedures, 18-25 year olds are often left out of the pool of eligible voters

Yet, in light of the difficulties involved with youth mobilization, Rock the Vote contends that 30 states have tried to pass or have passed legislation in the past year which would actually make it more difficult for young people to register and to vote. 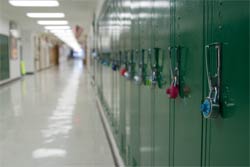 Such legislation include requiring a state issued ID in order to vote, proposals to eliminate same day voter registration, and plans as radical as New Hampshire’s failed proposal to limit voting among college students to those whose parents lived in that community prior to the student attending college to avoid students “voting their feelings”.

Overall, what reports like Rock the Vote’s highlight are the needs for more comprehensive programs to educate voters and potential voters as to what options are available when registering and learning about civics in their area. However, such efforts will most effective if paired with efforts to reform current systems to become more inclusive for all citizens, easier for voters to understand, and streamlined. It’s very telling even the highest performing states received scores that no student would ever want to find on a report card.

More broadly, while the 26th amendment was a giant step forward for young people, the Rock the Vote report underscores the fact that it didn’t establish an absolute constitutional right to vote for young adults; rather, it gave them the all-too-tenuous level of voting rights provided to older citizens. Without a more affirmative right to vote in the Constitution it’s  too easy for states to make decisions that undercut our voting rights – for people of any age, but often with the greatest impact on young adults.