Richie's May 6th Democracy Minute: Dump "first past the post"! 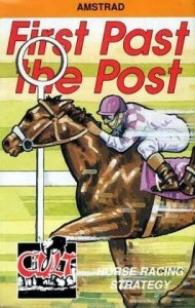 Democracy link of the day: Redistricting as it should be in Indiana (and the United States)

Campaign launch: Dump “First Past the Post”!  British Prime Minister David Cameron in campaigning against the alternative vote chose to deceive British voters by suggesting “first past the post” plurality voting indeed has a definitive “post.” It of course has has no “post”, with the bar necessary to win lowering in relation to how many candidates run and win votes. When the alternative vote (AV, or “instant runoff voting” in US parlance) results in the election of someone different than plurality voting, it is an eminently fair outcome. It means that the AV winner would have defeated the plurality vote winner in a one-on-one race at the full distance established for the race.

It’s time to drop the horserace metaphor from discourse about voting methods. We’re launching a campaign today to eliminate “first past the past” as a term in any objective discussion of voting methods by journalists and political scientists. Please sign our petition to replace “first past the post” (FPTP) with “Top of the Heap” (TOTH) – and start using this more accurate term today.

Britain likely has voted to oppose the alternative vote in yesterday’s national referendum. Votes will soon be counted in the United Kingdom’s national referendum on the alternative vote (what we have called “instant runoff voting” or “ranked choice voting” in the United States), but the measure is expected to lose badly despite AV being in fact a straightforward proposal to adapt winner-take-all elections to accommodate the increase in political choices the UK as its two-party system erodes – a point made cogently this week by Australia’s Antony Green.

British reformers faced a perfect storm against replacing "Top of the Heap"  plurality voting. Elements breaking against reformers included a combination of: heavy spending by defenders of the status quo, which likely outspent advocates by some two-to-one; the current unpopularity of the Liberal Democratic Party and its leader Nick Clegg, grounded in its decision to go into a coalition government with the Conservatives last year in which securing the referendum was a key demand; the unscrupulous campaign of deception by Top of the Heap defenders, led by Prime Minister David Cameron, that contributed to a particularly overwhelming vote against change by Conservative Party voters; strong opposition from Rupert Murdoch’s media operations; and “objective” coverage from many media outlets that consisted of passively reporting what each side of the debate said without clarifying underlying facts.

We’ll know the final numbers by tomorrow, but expect a landslide against reform. The Guardian provides a poignant history of near-misses for backers of AV and proportional voting in Britain.

Meanwhile, in the United States, redistricting is dominating political news in several states.  The Missouri legislature overrode a gubernatorial veto of a congressional redistricting plan expected to result in Republicans expanding their 6-3 edge I U.S. House seats to 7-2 in a state that is very competitive between the parties statewide. Indiana Republicans are moving forward with the exact same partisan math, as the Indiana legislature sent a plan to the governor. Nebraska is debating a congressional district plan that likely would make it that much more likely for Republicans to sweep all district in the presidential race, unlike in 2008 (Maine and Nebraska allocate electoral votes on a winner-take-all basis by congressional district rather than by statewide winner-take-all results). Meanwhile, Ohio lawmakers’ may take out Congressman Dennis Kucinich from a district where he could win, leading some to talk of Kucinich moving to Washington State to run for Congress.

Reformers who stay within the winner-take-all model are doing important work worthy of support. But it’s far too limited. It doesn’t take much to change the equation dramatically so voters are far more in control no matter how the lines are drawn. Keep an eye on FairVote's series of super district maps with proportional voting, as drawn most recently for Indiana.

One reason to expand voter choice is underscored by Firedoglake blogger Jon Walker, as he explains a Pew study that Americans from across the spectrum lack faith in their representatives and showcases the shades of difference among voters that are so poorly reflected by a two-party system.

Jo McKeegan blogs this week at FairVote on how we are running democracy on the cheap. In addition to Florida moving to shorten early voting days,  Louisiana may stop electing most elected office vacancies and instead appoint them to save money, whiles states like Colorado save money by quickly eliminating registered voters from the rolls (and from getting ballots in vote-by-mail elections) if they miss one general election.

Speaking of vote-by-mail, what does it mean for states now relying heavily (and in some cases exclusively) that the U.S. Postal Service is losing some 7.5 billion dollars this year. Los Angeles County director of elections Dean Logan backs vote-by-mail, but thinks that it won’t work within a relatively short time – a combination of changes with the postal service and more people stop reading and sending mail.

The 2012 presidential elections are approaching, as underscored by a Republican presidential debate last night. The general elections likely will again be run according to the current Electoral College rules, but the National Popular Vote plan is garnering more support and shows every promise of governing the 2016 elections. First, however, we’ll see how Republican attempts to improve their nomination rules work out. We remain skeptical; see our recommendations at our 2008 election cycle: http://www.fixtheprimaries.com.

And that's another long minute.