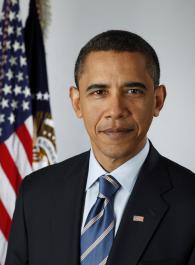 After more than a year of his presidency, Barack Obama has finally called on Congress to give residents of our nation's capital representation and to improve its Home Rule Charter. Today, April 16th, is Emancipation Day. This is when President Abraham Lincoln freed the enslaved people of Washington, DC a full nine months before issuing the Emancipation Proclamation. District residents celebrate this day every year for the freedom we have, but also use it as a reminder that the struggle for equality is not yet over. While people who live in the District serve in the military and pay federal taxes, they continue to have no voice in Congress.

The United States is the only country on earth that denies its citizens living in the capital a vote in its national legislature. Congress should act quickly and decisively to end this injustice and give the District of Columbia full control of its own destiny.

On this occasion, we remember the day in 1862 when President Lincoln freed the enslaved people of Washington, DC – nine months before he issued the Emancipation Proclamation. I am proud that an original copy of that document now hangs in the Oval Office, and we remain forever grateful as a nation for the struggles and sacrifices of those Americans who made that emancipation possible.

Americans from all walks of life are gathering in Washington today to remind members of Congress that although DC residents pay federal taxes and serve honorably in our armed services, they do not have a vote in Congress or full autonomy over local issues. And so I urge Congress to finally pass legislation that provides DC residents with voting representation and to take steps to improve the Home Rule Charter.
###