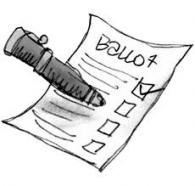 Voters Overwhelmingly Rank More than One Candidate and Find it Easy

The survey reveals that Portland voters find their new ranked choice ballot easy to use and have experienced a mayoral campaign that has promoted civic engagement.

Highlights of the survey include:

"Were the voting instructions &/or the ballot design easy or difficult to understand?
o 94.2%: I understood them fully
o 5.0%: I only partially understood them
o 0.8%: I was confused about them

In addition to these results, 40.5% of respondents felt there was less negative campaigning, as opposed to only 8.6% percent who found it more negative.

45% of respondents felt more inclined to vote for their preferred candidate than in past elections, as opposed to only 0.8% percent who said they were less inclined.

"These results show that voters not only understand the ranked choice system, but are using their rankings in the way that benefits them, by ranking as many candidates as they prefer. The majority of voters are choosing to rank multiple candidates, and not a single respondent choosing to vote for only one said they did so because they didn't understand RCV" said FairVote Executive Director Rob Richie.

"Portland is traditionally a very civicly engaged community and voters have continued that tradition in this election by researching more candidates than just their top choice. This means that they have back-up choices if their first choice is dropped from the race during the counting process."