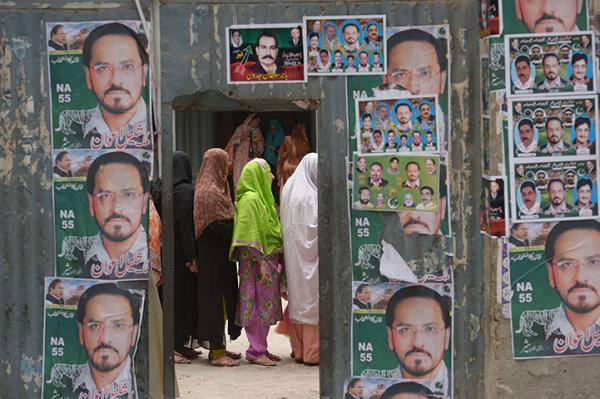 On May 11, 2013, Pakistan held elections heralding the first peaceful transfer of government power in the nation’s history. That achievement is a tremendous step for democracy in Pakistan, and perhaps a harbinger of positive changes to come. But did the election result in a vibrant representative body? Could it be characterized as a fair and free election? Unfortunately, no. The country still has a long way to go before its elections can be considered truly fair and representative. Some of the most serious problems that plagued this month’s elections – distorted outcomes, vote-splitting, and uncompetitive elections - resulted from Pakistan’s use of winner-take-all elections. To fix those problems, we have a familiar solution: proportional representation.

Pakistan is no stranger to proportional representation. The members of its Senate, a body that gives equal representation to each of Pakistan’s eight provinces, are elected indirectly using single transferable vote (also known as choice voting) in each provincial assembly.

The National Assembly, however, is elected using a winner-take-all, or “first-past-the-post,” electoral system, a less than desirable hand-me-down from the departed British colonial rulers. As FairVote’s Monopoly Politics report shows, winner-take-all voting has done significant damage to the U.S. House of Representatives, creating a stagnant and polarized body that is unrepresentative of the American people.

In Pakistan, these problems are magnified ten times over. The country is regionally divided and religiously diverse, with multiple parties competing for and participating in government. As bad as winner-take-all is in a two-party system, it is even more problematic in a multi-party system, since candidates can easily get elected with only a small fraction of the overall vote. Talk about a perfect storm for a divisive and contentious governing body. Furthermore, winner-take-all leads to larger parties getting a disproportionately high share of the seats, while smaller parties get significantly lower representation in the legislature compared to their vote share. Even when smaller parties manage to reach the 5% threshold to win one of the women’s party list seats, they still tend to be underrepresented.

Similar to the way congressional districts are apportioned by state in the U.S. House, each of Pakistan’s provinces holds a different portion of seats in the National Assembly. Once seats are allocated, Pakistan’s multiple parties usually have to form a ruling coalition since no party is likely to hold over 50% of seats. This year, however, Prime Minister-elect Nawaz Sharif of the Pakistani Muslim League (PML-N) will likely be able to form a coalition with only independent candidates, bypassing other major parties. It was one of the more decisive outcomes in recent Pakistani electoral history.

But is that what Pakistan’s electorate actually wanted? A closer look at the vote totals tells a different story.

The center-right PML-N picked up 125 National Assembly seats, more than four times as many as any other party, despite receiving a small plurality of 32.6% of the vote. That is, more than two thirds of voters voted against PML-N, yet the party will be in near-complete control of policy.

In second place, the leftist Pakistani People’s Party (PPP) won 27 seats with 15% of the vote. The center-left Pakistan Tehrik-i-insaf (PTI), despite predictions that it would benefit significantly from the high turnout in the election, won only 26 seats. Considering that the PTI did not win any seats in 2008, that seat total seems impressive, but in fact party leader Imran Khan deserved many more seats than he received.  PTI won 17% of the nationwide vote, but that vote was not concentrated in a specific region, unlike the votes of most other parties. A minority party with broad geographic support like PTI is doomed under winner-take-all.

Much of the vote to seat distortion stems from vote splitting between PPP, PTI, and smaller parties in Punjab, the largest province of Pakistan. PML-N had 26% of voter support in Punjab overall but won a whopping 78% of seats in the province. It seems likely that many PPP and PTI voters would have preferred the other party over PML-N, but the use of plurality voting prevented them from registering that preference.

This year was not the first time that winner-take-all has led to negative consequences in Pakistan. In 2002, the PPP garnered 25.8% of the nationwide vote, the highest percentage won by any of the 70 parties running. In a close second was the center-right leaning PML-Q led by General Pervez Musharaff which won 25.7% of the vote. A number of parties won single seats with just .2% of the vote. Yet winner-take-all squashed the PPP’s small vote advantage, as PML-Q won 126 seats compared to the PPP’s 81. The 2008 election had similar distorted results. The PML-N won 19.6% of the vote while the PML-Q won 23% of the vote. But after the effects of winner-take-all seat allocation, the PML-N had 91 seats and the PML-Q was left with 54.

It is no surprise, then, that last June, the Pakistani Supreme Court issued a strong condemnation of the Pakistani system of winner-take-all in response to a constitutional petition filed by the Worker’s Party, which sought a more level playing field for political parties in Pakistan. The Court argued that first-past-the-post “violates the principle of majority rule,” citing that over 40% of races in the 2008 election were won with just a plurality—under 50%— of the vote. The Court did not issue any specific electoral reform recommendations, but it did advise Pakistan’s Election Commission (ECP) to consider adopting either runoff voting for single-seat elections or switching to proportional representation, likely using a mixed-member system.

In January 2013, the Election Commission of Pakistan (ECP) convened to review proposals for electoral reform, chief among them being reforming FPTP.  The ECP concluded meetings by sending a further reference to the federal law ministry based on the Supreme Court’s recommendations from June. In a media briefing on January 23, the director general of the Commission noted that the reference included a recommendation for an absolute majority system, complete with a runoff election should no candidate receive over 50% of the vote in the first election.

While a run-off system would certainly be an improvement over plurality in Pakistan’s fragmented democracy, the problems associated with holding a separate runoff, such as low voter turnout in the runoff election, split votes in preliminary elections, and extra cost, would likely be exacerbated in Pakistan’s unstable political structure. The fundamental flaws of winner-take-all elections would persist, and a runoff would not alleviate the drastic advantage that a winner-take-all system has for larger parties.

Adopting a proportional representation system for Pakistan’s National Assembly would likely be a superior and more comprehensive solution. Given that Pakistan is already familiar with using proportional representation for its Senate and religious minority and women representatives, establishing PR as the electoral system of the entire National Assembly should be achievable. In particular, the use of a ranked choice system like choice voting would allow voters whose votes are currently wasted among the multitude of smaller competing parties to be able to also voice their support for the more dominant parties. As FairVote recently pointed out in relation to elections in Kenya, choice voting would encourage candidates to reach out to voters of different parties, ethnicities, and religions to secure their second-choice votes, improving political dialogue. Finally, proportional representation would eliminate the distorted outcomes that Pakistan has seen in recent elections, increasing the legitimacy of a nascent democracy that needs it desperately in order to survive and flourish.

The significance of the peaceful transition should not be discounted, but Pakistan's democratic enthusiasm should now be directed at reforming the system to foster authentic representation in Pakistan’s National Assembly.

CORRECTION 5/30: This post previously stated that the seats in Pakistan's National Assembly designated for women are elected in a proportional party list system. In fact, these seats are allocated to parties based on the proportion of winner-take-all seats that each party won - compounding any distortions instead of mitigating them.