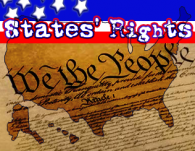 Critics of the National Popular Vote (NPV) plan often make misleading or misinformed remarks and judgments.  For those with questions about these claims, we urge you to read FairVote’s responses to frequently asked questions about the Electoral College and the National Popular Vote plan and to the “answering myths” chapter of Every Vote Equal (available for download at www.everyvoteequal.com and www.nationalpopularvote.com).

To supplement these resources, we are launching a new blog series designed to address the latest arguments from opponents. We start today by first reviewing some important features of the current Electoral College system and how those features influence our critique of current state laws governing modern elections. Subsequent posts will address arguments specifically and directly respond to new criticisms.

Unlike in other democracies that hold an election for president, American voters do not directly elect their national leader. Instead, the United States has an intermediary body that selects the president on behalf of the American citizens. This intermediary institution is called the Electoral College.

The Electoral College is the official body of chosen “electors,” whose role to elect the president and vice president of the United States is established under the U.S. Constitution; meanwhile, states are charged with establishing how those electors are chosen.

The Constitution establishes that presidential elections take place every four years, with the timing of the meeting of the Electoral College established by statute. Each state has the same number of electoral votes as Members of Congress (its U.S. House members and U.S. Senators) with Washington, D.C. slated to have three electors. Currently there are a total of 538 electoral votes. A candidate must receive an absolute 50% plus one majority, or at least 270 of those votes, to win the presidency outright.

In other words, the Electoral College directly elects the president and vice president. As Americans, when we go to the polls on Election Day, we may see candidates’ names, but we are in fact only voting for the "electors" who will then cast votes on behalf of us and our state.  Although some states seek to bind electors to vote in a certain way, “faithless” electors could vote for a different candidate. We have seen a handful of such “faithless” votes, but they are rare since the electors are chosen by the candidate who has earned them.

In reading our blog series, it is a critical point to keep in mind that the rules governing the Electoral College are a mixture of Constitutional law and federal and state implementation laws. Federal implementation statutes establish such features as when states must report their official vote totals, when the Electoral College meets and how federal elections in general must be conducted, while state laws have authority to determine how to allocate their electors and how to conduct elections.

Under our Constitution, the states – and states alone – have the critical power over how to allocate electoral votes.

Every state has passed a law establishing how to allocate its electoral votes. Although not the norm in early presidential elections, nearly every state today awards all of its electoral votes to the winner of the statewide popular vote. This is known as the “winner-take-all” or “unit rule”. These state laws used to frequently change, but today, 48 states and the District of Columbia award all of their electors to the slate of people selected by the candidate who wins that state’s popular vote.

The winner-take-all rule means that candidates only have an incentive to campaign in states where they are not comfortably ahead or hopelessly behind. Today, that means only a third of states have a chance to be battlegrounds – and it will be down to less than ten states in the final months of the election

The impact of the winner-take-all rule is critically important for understanding our critique of the status quo. The winner-take-all rule does not lead to less campaigning in states that are not considered battleground states. It results in no meaningful campaigning: no focus groups or polls of voters living in these states, no get-out-the-vote activities, no persuasion advertising or outreach. Once a state is outside of the “swing” band of competitiveness, it effectively disappears for campaigns – it is only useful as a source of campaign funds and potential volunteers to target the states that matter.

The current state rules that govern the Electoral College are not set in stone and can be changed based on state preferences of how to allocate their electoral votes. Our blog series is grounded in FairVote’s belief that states should change their rules to enter into the National Popular Vote interstate compact to guarantee election of the candidate who wins the most popular votes in all 50 states and Washington, D.C.

We believe that the arguments in favor of the status quo do not stand up to scrutiny. Grounded in the basics of the system as laid out in this post, we seek to provide a reality check of claims made about the impact of our current system, potential reforms and a national popular vote for president.