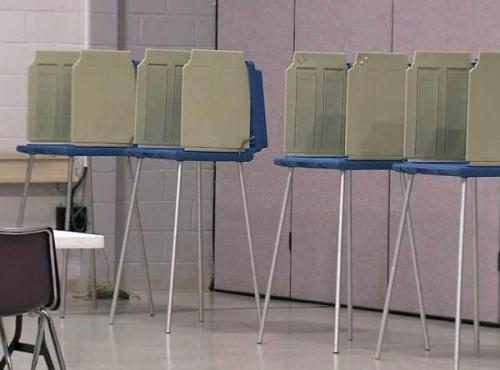 On July 17, North Carolina held a runoff election for its party primaries. Unfortunately, despite its significance for this fall's elections for three members of the U.S. House of Representatives and several important statewide offices, the election was not close to being representative of the North Carolina population. Only 3.6% of eligible voters participated, down from 34.7% in the first round of the primary.

That's not a typo. We're talking about a runoff turnout that was a full order of magnitude lower than the turnout in the first round. Here are the shocking numbers. Not only is that low percentage statistically unlikely to accurately represent the views of the population of North Carolina, it poses a serious danger to the electoral process. If, in a runoff election such as this, a fringe candidate were able to win a distant second place in the first round of the primary and garner the votes of just 3% of the electorate in the runoff, they would easily be able to win the party's nomination.

To illustrate just how absurdly low this turnout was, here is a list of things that more than 3.6% of Americans believe in:

If one of these groups had suddenly decided to organize into a voting bloc in North Carolina and made it to the runoff round, they would have coasted to victory. These are ridiculous examples, of course (and let's hope those cited polls got it wrong), but the risks inherent in allowing such a small percentage of the population to decide elections are real.

That's not to say the idea of a runoff election is bad in itself. Runoff elections serve the important function of ensuring that there is some consensus around the winner, so that candidates cannot win with a small plurality when the rest of the electorate opposes them and voters can vote sincerely for their first choice with less fear of "spoiling" an election. But this purpose becomes irrelevant when turnout is so small. The majority winner of a 3.6% turnout election needs the support of just 1.8% of registered voters, or fewer than one in 50. That result is potentially even less representative of the North Carolina electorate's true views than, for instance, a candidate who wins 25% of the vote in a 32% turnout election (8% of registered voters).

Such a dropoff in an important primary runoff is not so surprising after studying the turnouts of other recent primary runoff elections. FairVote's 2011 study on all federal primaries showed that of 146 regularly scheduled primary runoffs for Congress and the Senate from 1994 to 2010, all but five of them resulted in a turnout decline, on average by 31.5%. FairVote's study found that lengthening the time between rounds - as North Carolina recently did to give overseas voters a chance to participate in the runoff - is a key factor in lowering turnout even further.

Examining the July 18th runoffs more closely, we can see the magnitude of the turnout drop between the first round and the runoff round of this year's North Carolina primary.

US House of Representatives Primaries

Turnout was highest in districts in which there was a runoff for a US House of Representatives nomination . Even so, the drop in turnout in these elections was severe - over 60% in all three races, as this chart and graph demonstrate: The turnout fall in statewide elections was even greater than that in the US House elections. The Republican race that received the most votes, the runoff for the Lieutenant Governor nominee, still experienced a decline of more than 80%. The lone statewide Democratic runoff, for the Commissioner of Labor nominee, saw a monumental dropoff of 92%.

There were also Republican runoffs held for North Carolina Commissioner of Insurance, Secretary of State, and Superintendent of Public Instruction, all of which had lower vote totals than the Lieutenant Governor election.

In the Lieutenant Governor election, three other first round candidates received more votes than Dan Forest received in the runoff: Tony Gurley (190,980), Dale Folwell (186, 564), and Grey Mills (112,824). Similarly, both candidates that did not win a plurality in the first round of the Commissioner of Labor primary received more votes initially than John C. Brooks did in the runoff round.

These runoff elections failed to fulfill their purpose of creating a greater consensus around a candidate.

Reform for the future:

The North Carolina primary runoff turnout was a travesty, and a clear indication that the system needs to be changed. There is a solution to prevent turnout from falling off a cliff in runoff elections: instant runoff voting (IRV). IRV allows voters to express their preferences beyond their first choice in an election, so that if that first choice is eliminated their vote goes to their second choice, and so on. The simple system guarantees that the winner will have some support from a large portion of the electorate, while eliminating the need for a delayed, expensive, and unrepresentative runoff.

Instant runoff voting has already garnered significant support in North Carolina. As detailed at NCVotes123.com, IRV has a history of being used in North Carolina, most notably in a 2010 Court of Appeals election that, with the superior equipment used in other states, would have generated a final instant runoff tally the night of the election. In the wake of Tuesday's runoff, many have advocated a more widespread use of IRV - ranging from the John Locke Foundation, to NC Policy Watch and Democracy North Carolina, to the editorial writers of the Wilmington Star News and the Fayetteville Observer.

Other possibilities for addressing the turnout decline, such as making the runoff closer to the election or getting rid of the runoff entirely, do not solve the most basic problem of candidates being elected without the support of the majority of North Carolinians. Instant Runoff Voting is the best way to ensure that North Carolina's elections yield winners that are truly representative of its population.