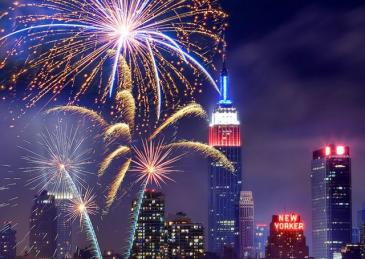 On April 15, New York became the eleventh jurisdiction to join the National Popular Vote Interstate Compact (NPV), which guarantees the White House to the presidential candidate who wins the most popular votes in all 50 states and the District of Columbia. With Governor Andrew Cuomo’s signature and with overwhelming support from both major parties in the legislature, New York has passed a law stating that, once states controlling a total of 270 electoral votes also pass the law, it will award all of its 29 electoral votes to the winner of the national popular vote. That way, once National Popular Vote has been activated, every vote in every state will hold equal weight and presidential campaigns will no longer focus on a handful of competitive “swing states.” Every state will contain a valuable pool of potential voters.

This victory in New York has been a long time coming. The New York Senate passed NPV in both 2010 and 2011, and the House passed it once in 2013. This year, however, both chambers passed the bill by very wide margins on the same day – during the same hour in fact! In the Senate, sponsoring Sen. Griffo led the floor debate before he and his colleagues passed the bill 57-4. In the Assembly, sponsoring Asm. Dinowitz and his colleagues discussed why National Popular Vote was the right call for New York before passing the bill 102-33. A majority of Democrats and Republicans in both houses voted in favor of a national popular vote for president.

NPV’s passage by such wide margins, as well as Gov. Cuomo’s decision to sign the legislation into law just 20 days after the legislature’s vote, demonstrates how New Yorkers, myself included, understand what the National Popular Vote Compact could do for our state, along with all the other states that are routinely ignored in presidential elections.

In 2012, New York was one of the 35 states that received less than 1/100th of the campaign attention it would have received if the presidential candidates had allocated their resources proportionally. Despite the generosity of its donors – New Yorkers donated about $76.7 million to the candidates during the general election – New Yorkers experienced just $55,600 in television advertising, and none of the candidates made a non-fundraising campaign stop in the state. This is compared to Ohio, which received $148 million in advertising money, and which was visited 73 times by the candidates and their running mates during the two months leading up to the election.

My thanks to Gov. Cuomo and the legislature for taking action. With this passage, New York is taking a stand to change the way we elect our president for the better. The National Popular Vote Compact now has 61% of the votes needed for its activation. New York’s bipartisan passage – along with the Republican-controlled Oklahoma Senate’s passage in February, and progress in both Republican and Democratic states this year – demonstrates that we can expect that the remaining 105 electoral votes needed to get to 270 will follow soon.