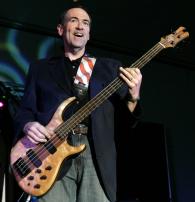 Someone needs to let the bass playing 2012 hopeful about instant runoff voting. Per the New York Times:

All the hubbub about Tuesday's pseudo-three-way race in New York's 23rd District has made one thing clear. A little IRV would have gone a long way to easing a lot of anxieties about "spoilers" and "splitting votes." A third party candidate does not have to throw things into alleged disarray if people can rank their choices, thereby allowing the candidate of majority consensus to win.

Now, in this case, the Democrat Bill Owens won just under 50%, and it's not a huge leap to guess that if the ousted Republican in the race had not been on the ballot, Owens probably would have achieved the majority anyway. But regardless, if the voters of NY-23 had been able to rank their choices, there would have been no need to have a major crisis over which candidate to back; voters could have simply gone with their consciences. I will assume that's what Mr. Huckabee wants, too.