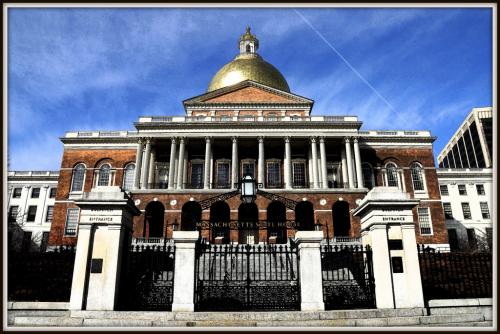 Massachusetts made great strides toward gender parity this week as Democrats and Republicans nominated women for state executive positions. The Democratic Party nominated Martha Coakley for governor, Martha Healey for attorney general, Deb Goldberg for treasurer, and Suzanne Bump for auditor. The Republican Party nominated Karyn Polito for lieutenant governor and Patricia Saint Aubin for auditor, to run against Bump. As Bob Salsberg of the Associated Press pointed out, Massachusetts women may hold half of all statewide executive offices come November, achieving gender parity among those elected positions.

What explains Massachusetts women’s success? Some suggest that Massachusetts is experiencing a “cultural shift” as gender stereotypes fade away. Many publicly reject gender stereotypes that suggest women are less effective as leaders, and current female candidates are bolstered by past examples of women serving in statewide executive offices. As Michael Goldman, political consultant for Martha Healey, explained to MassLive, women running for office no longer need to justify their decisions to run because other women have paved the way. It goes to show that women’s representation begets women’s representation: the more women there are in office, the fewer barriers there are for other women interested in running.

Massachusetts also benefits from a number of organizations that strive for gender parity. The Barbara Lee Family Foundation produces guides for women running for office and partners with other organizations to offer workshops to young female leaders. The Center for Women in Politics and Public Policy at UMass Boston researches women’s representation in Massachusetts and offers graduate certificate programs for women leaders. The Massachusetts Women’s Political Caucus has trained women candidates and called for women to serve in executive offices for more than thirty years. These organizations, among many others in the state, train, recruit, and fund women candidates and encourage more women to run for office.

Massachusetts is no doubt taking steps toward gender parity, but there is still a long way to go. FairVote’s Representation 2020, a project to raise awareness of and address the under-representation of women in elected office, ranks all states in our Gender Parity Index, and Massachusetts falls in 16th place with a score of 20.63, far short of the 50 points that would indicate gender parity in all elected positions. 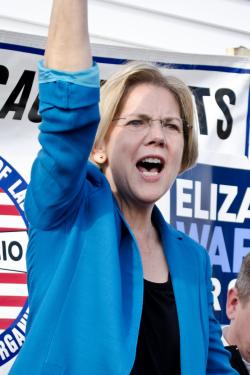 Why such a low score (at least relative to what we would expect based on the recent primaries)? Massachusetts’s shortfalls occur in U.S. Congress, where only two in nine of their House Representatives are women; in the state legislature, where women make up only 25% of the combined Senate and House; and in local elections, which have produced no women mayors of the state’s five largest cities. We should celebrate women’s accomplishments in the recent Massachusetts primaries for state executive positions, but also recognize the need for greater women’s representation in other elected offices.

Second, Massachusetts “kingmakers” could become “queenmakers” by encouraging women to run. Women are less likely to be encouraged to run, and, in fact, are more likely to be discouraged from running. Parties, donors, and other influential individuals should actively encourage women to run not just for state executive positions, but also for positions in elected offices falling drastically short of gender parity, such as in the U.S. House of Representatives, the Massachusetts State Legislature, and local executive offices.

Third, Massachusetts should evaluate its state legislative practices and culture. Massachusetts has a women’s caucus, which places it ahead of most other states. However, there are still opportunities to eliminate gender bias in the state legislature. The state should look for ways to advance women to positions of leadership in both the Senate and the House and for ways to make legislative practices (the times of meetings, for example) more family-friendly.

Gender parity is possible in Massachusetts, and the recent primaries were certainly a step in the right direction. What Massachusetts needs to do now is to find ways to shorten the journey. Representation 2020’s reforms present opportunities for Massachusetts to achieve gender parity.

For state profiles of Massachusetts and others, visit Representation 2020’s report, The State of Women’s Representation 2013-2014, and the Rutgers’s Center for American Women and Politics State Fact Sheets. For more FairVote projections for the 2014 Congressional elections, see our Monopoly Politics 2014 report.