Major Media Gets it Wrong on Hong Kong Elections 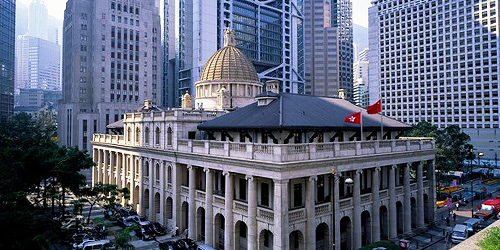 Hong Kong is one of the few jurisdictions in China that holds democratic elections. Understandably, its elections draw special scrutiny. We just wish the American media could get the story right.

On September 9, Hong Kong citizens elected their representatives for the Legislative Council (LegCo), the city's unicameral legislative body. Each election in Hong Kong essentially comes down to a referendum on the most basic issue of the city's politics: whether it should move towards full democracy or towards the policies of Beijing. The pro-democracy parties-most notably, the Civic, Democratic, and Labor parties-had high hopes for this election, riding a wave of anti-Chinese sentiment brought on by attempts this summer to introduce mandatory Chinese patriotism into Hong Kong school programs.

There are two primary reasons for pro-democracy's current predicament. Firstly, the pro-democracy parties simply did not win as many popular votes as they expected to, perhaps as a result of infighting and a lack of cooperation within the movement. Secondly, and most importantly, the continued existence of a large share of FC seats in LegCo puts pro-democracy parties at a significant structural disadvantage.

American media coverage of the election, however, has chosen to focus on another cause of pro-democracy's failure: the closed list proportional voting system utilized by Hong Kong to elect its 35 district-based "geographical constituency" (GC) seats and its five at-large "District Council" seats. In the New York Times' article on the election, for instance, this structure is described as a "complex system" that the primary pro-Beijing party DAB used "to its advantage," and "as a result, the party won a series of seats for its top-of-the-slate candidates despite a weak overall vote count."

Ascribing the poor performance of pro-democracy to the proportional representation system is simply a mischaracterization of the important factors at play. The amount of distortion in the election-the difference between the popular vote and the percentage of seats won-was minimal. The percentage of GC seats won by pro-democracy parties was just 5% less than their popular vote percentage, and in a small legislature like Hong Kong's that means they only underperformed by about 1-2 seats. Meanwhile, the closed list system actually benefited pro-democracy parties in the District Council seats, of which they won 60% despite only receiving 51% of the popular vote for those seats.

Furthermore, in the history of Hong Kong's legislative elections dating back to 2000, closed list PR has not consistently benefitted either party, and has never caused a major distortion. The chart below shows the performance of pro-democracy parties over this time span, and the distortion caused by the PR system in geographic constituency seats compared to the overall distortion as a result of the functional constituency seats.

Hong Kong's closed list PR system is not perfect, and there are legitimate concerns to be raised. Its five districts have relatively few seats, with two districts having as few as five seats. This structure can make it difficult for any party to win more than one seat in a district. To win the first seat in a district, a party's slate has to get 100,000 votes, or more votes than any other party. The second seat of the district is given to the list with the second most votes, though the first list can still contend for the second seat with any ballots that exceed the 100,000 threshold. If the Civic party wins 165,000 votes, for instance, it gets the first seat, and will run with 65,000 votes for the second seat. But if DAB only received 70,000 votes it would get the second seat ahead of Civic, giving them each party the same number of seats.

The system allows for some strategic gaming by the parties. Running with two slates in a district appears to be the optimal strategy, as it is more likely that two slates will both win more votes than other slates than that one slate will win enough in excess of the 100,000 threshold to win a second seat.  The strategy is expensive, however, and some (including the New York Times article) have strongly implied that the Pro-Beijing parties were able to employ it because of their substantial financial support from the Chinese mainland.

These flaws are minor compared to the huge effect of the functional constituencies on the makeup of LegCo. Even if the 5% distortion did result from structural factors inherent in the closed list system that gave pro-Beijing parties increased benefit from their Chinese funding, that difference pales in comparison to the overall 17.6% distortion in this election. Even that figure declined substantially this year from previous elections (from 21.2 in 2008 to 17.6 this year) as a result of the 2010 agreement that expanded the number of popularly elected LegCo seats from 30 to 40.

Two simple reforms would help produce a legislature that is much more reflective of the views of Hong Kong's citizens. First, the entirely undemocratic functional constituency seats should be done away with, and replaced with more popularly elected seats. In order to make popular vote elections result in even more accurate proportional representation, however, those seats should not simply be added to the geographic constituencies.

A better option would be to implement a mixed member proportional representation system in Hong Kong. Under an MMP method, those remaining 30 seats would be allocated to the parties in such a way as to ensure that the final legislature would be fully representative of Hong Kong's voters. The existing geographic multimember districts could be kept, so that the people of Hong Kong would be represented in LegCo by someone from their geographic area, but the disproportionality created by parties exploiting the system would be removed.

Hong Kong's closed list system is simply not to blame for the disappointing showing of pro-democracy parties in the September 9 election, and the New York Times' implication to that effect is reflective of an ongoing bias in the U.S. media against proportional representation systems. Closed list PR is not a "complex" system, as its method for allocating seats is actually quite straightforward. The concerns raised b the New York Times and others are legitimate, but obscure the larger problems at hand in Hong Kong politics.

As Hong Kong continues its slow progress to full democracy, it is critical that the city implement an electoral system that will accurately reflect the will of its people. Proportional representation is not the problem-it is a critical component of the solution.