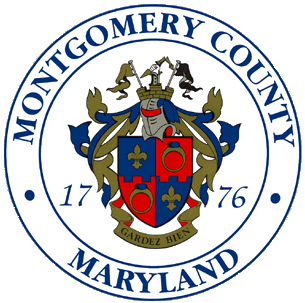 This blogpost features Montgomery County, Maryland, a locality with more than a million residents, and its effort to uphold the right to vote. Last fall, the County passed its version of our model Promote Our Vote resolution that supported a constitutional right to vote and created a Right to Vote task force. The task force’s report is a strong document and includes such FairVote-backed proposals as ranked choice voting and more inclusive voter registration practices.

A foundational principle of FairVote’s Promote Our Vote project is that the best place to effect change is often at the community level. Local elections are fraught with the highest rates of racial discrimination and the lowest and most disparate rates of voter turnout, yet local governments are particularly well suited to develop creative solutions that tackle these problems - especially when they are motivated by the conviction that voting is a fundamental right. The Montgomery County Council’s support for voting rights is a prime example of how localities can advance better elections.

The Council unanimously passed a Promote Our Vote resolution last fall. The resolution called for a constitutional right to vote and established a Right to Vote Task Force. Charged with identifying methods to improve county elections, the Task Force has 14 members who reflect the county’s political diversity, as no more than two thirds of the members are registered with the same political party. Created in December, the task force met regularly over the following months, with committees doing a great deal of work, but every recommendation needing super-majority support. The Task Force also made several recommendations for immediate action that were acted upon by the county’s Board of Elections for the June 2014 primary.

In June 2014 the Task Force published its final report and recommendations. The extensive report consists of 59 recommendations that illustrate how a breadth of creative practices and policies can flow from Promote Our Vote resolutions. FairVote’s executive director Rob Richie commented, “Promote Our Vote resolutions help communities think outside-of-the-box. Once communities make a commitment to upholding the right to vote, they become more open to creative solutions for increased turnout, better voter access, and extended suffrage rights.”

Some of the Task Force’s most innovative suggestions are listed below:

By a near-unanimous vote of 11-1, the Task Force recommended instituting ranked choice voting for primary and general elections for county offices -- meaning the one-winner “instant runoff” method for electing one candidate and the multi-winner “fair representation” method for electing the four at-large seats on the county council. Ranked choice voting allows voters to rank candidates on their ballot in order of preference. If no candidate receives majority support when electing one candidate, the candidate with the fewest number of first choice votes is eliminated, and those ballots are added to the totals of the voter's second choice candidate. This method is repeated until a candidate acquires a majority of votes, and that candidate wins. The system works similarly when electing more than one candidate, but the threshold of support to win a seat is reduced based on the number of seats.

“The Task Force recommends that Maryland modify the online voter registration system to allow individuals without state IDs from the Motor Vehicle Administration to register online by providing a signature through an electronically captured image” (12).

“The Task Force recommends that the County Council encourage the Maryland General Assembly to change state law to restore voting rights to residents with felony convictions who have served their time in prison and pre-release programs but who are still serving a term of probation or parole” (60).

“The Task Force recommends that the County Council encourage the Maryland General Assembly to change state law to allow incarcerated felons who are Maryland residents the option to register to vote during the pre-release phase before parole and probation. That ‘pending’ registration should become active automatically on the date the person becomes eligible” (60).

“The Task Force recommends that Montgomery County request the State of Maryland to allow each county to determine its own public policy with respect to the voting rights of noncitizens with permanent resident visas in county elections” (57).

Maryland is unique in the fact that its municipalities have significant autonomy over local elections. As a result, cities in Maryland can act as laboratories of democracy, implementing creative practices and policies to improve local election processes. One such policy that has been adopted by six Maryland localities is permanent resident voting, also known as immigrant voting and noncitizen voting. The premise of this policy is that permanent residents have a stake in local government and should thus be permitted to vote.

While Maryland municipalities have a lot of leeway when it comes to electoral process, counties have a more limited scope. With this in mind, the Task Force recommends the that Montgomery County advocate less stringent state control over its elections so it can enact permanent resident voting. The Task Force points out that the U.S. Constitution does not explicitly prohibit noncitizens from voting, but rather leaves this policy decision up to each individual state (56).

FairVote remains neutral on this policy, but believes such experiments are valuable to building a more fair and representative democracy.