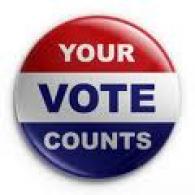 The question is, what is happening to our electoral process that is causing such low voter turnout rates? Is it not troubling that our elections, as in the case of West Virginia, are really only generating representation from only one-fourth of the electorate? Holding an election is a democratic process that enables citizens the chance to shape the future of their government. When maximum participation is not met, true representation of the full electorate can never be fulfilled.

In Nevada, the New York Times found people speaking of “fear and dread” when asked about the future of the country. Not many voters found the candidates’ arguments convincing, with few actually believing that whoever they elected would be able to make their living situation better. Overall, only 33% of the district’s registered voters cast a ballot.

It is clear that hard times and the growing amount of frustration about the state of the economy is taking a toll on voter participation. In an August 2011 Washington Post poll, just 26% of Americans actually believe the federal government could solve the country’s economic problems, a percentage that fell 21 points since October of 2010. It is a concern when people are upset with government but do not see elections as a way to fix it.

A disconnect has occurred regarding the effectiveness of elections, but my hope is that if citizens across the country were to come together to the polls, as a family, community, or organization, that strength in numbers would produce a far better outcome regarding policies for the future of the country than if voters decided to stay home.

Think of it as a basketball game. If you sit out of the game on the sidelines, you might send a message to the other team that you do not care much about interacting with them, but you can never score points, never have input in the results, and ultimately, the other team will win. Our political leaders will never have the time to sit with every constituent one-on-one. An election is that designated time to speak to them, and without participation in the electoral process, the government is less likely to make policies that citizens favor because the government has not received their input.

FairVote is going to be regularly reporting on voter turnout in our elections and looking for good ideas people have to increase it. We have a number of reform ideas that we believe would help, but the problem is more deeply rooted than any set of structural reforms. We need your ideas – and need to keep putting a spotlight on the problem.