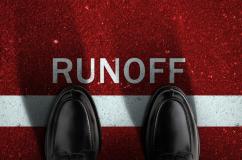 In 2011, Louisiana held elections for the state’s legislature. Elections in Louisiana use a Top Two system, known as a “jungle primary” or “Cajun primary.” In this system, there is a single preliminary election featuring every candidate irrespective of party. If no candidate receives a majority, there is a runoff election between the two top candidates, regardless of party. Louisiana’s version of Top Two is a departure from the most common electoral structures used elsewhere in the United States, and it has done little to solve the widespread problems of low competition and low voter turnout.

The level of competition in Louisiana state legislative elections is abysmal. Forty-three of the 105 state House elections were uncontested. Of the remaining 62 races, 27 were contested only by members of the same party. This leaves only 35 House races that were contested by more than one party. Most elections were won easily in the first stage. In fact, 75 of the races (including the uncontested elections) can be categorized as landslide wins, in which one candidate received at least 58% of the vote in the first round. Only 21 of the races resulted in a runoff election, and in the runoff election, only ten were contested by members of different parties or independents. And finally, of these ten, only one was decided by less than 5% of the vote. The rarity of competition can be attributed in part to the fact that in only 25 of the races—less than a quarter—did both major parties actually field a candidate who lasted through Election Day. The lack of competition is equally visible in the Senate elections, where 19 of the 39 races were uncontested. Only eight were contested by more than one party, and none of those resulted in a runoff contested by both parties. There were only four runoffs in total.

Lack of competition is not the only problem with Louisiana’s system. Voter turnout is often driven down during runoff elections. In 2011, there were 13 districts (12 House and one Senate) that had at least four candidates run in the primary and had that primary result in in a runoff. In these twelve districts, there was an average drop in turnout of over 26% between the primary and the runoff. The 86th and 101st House districts saw turnout plummet by over 40%.  This is unsurprising in a system in which the preferred candidates of many voters fail to reach the general election.  Declining turnout in these races was also likely related to the fact that each election for statewide office in Louisiana was decided in the primary, reducing voter interest in the general election. Separate runoff elections under the Top Two system lead to reduced voter turnout, which can skew electoral outcomes and hinder democracy.

Both of these problems could be mitigated if Louisiana kept their primary system but switched from Top Two to a Top Four system with ranked choice voting. Under the Top Four system, the top four candidates in the primary advance to the runoff. Voters in the runoff would rank candidates from their most preferred to the least preferred. If no candidate receives a majority of first-choice preferences, an instant runoff occurs with the last-place candidate eliminated and their ballots added to the totals of whichever candidates the voters ranked next.

If this system had been in place in the 10th and 62nd districts, voters would have had more choices to vote for, better representing the diversity of voters in that district, and likely driving up turnout in the runoff election.

Louisiana’s Top Two system does little to alleviate the problems of low competition and weak voter turnout. The institution of a Top Four system with ranked choice voting would go further to address these concerns. Louisiana already allows military and overseas voters to express their preferences among candidates using ranked choice voting. By extending this privilege to the rest of the state’s voters, Louisiana can foster improvements in electoral competition and voter turnout, while making its state legislative elections fairer and more representative.

A Top Four system is the best possibility within the framework of winner-take-all. But to truly open up Louisiana’s elections to voters’ choice and fair representation, Louisiana must replace winner-take-all, single-member districts with a fair representation system using multi-member districts. In one possibility, Louisiana could combine three adjoining districts into three-seat districts, and adopt a fair representation system such as ranked choice voting. In this scenario, just over a quarter of votes would be needed to elect a candidate. A district that was two thirds Republican would likely elect two Republicans and one Democrat. If this three-seat district was kept as three one-seat districts, all three would likely elect Republicans, leaving Democrats without representation. Both major parties would have incentives to run everywhere, and likely win at least one seat in every district. Independents and minor parties would also have a better chance to win, and ranked choice voting would mean they would not be dismissed as spoilers. Switching to Top Four is the biggest improvement Louisiana can make within current parameters, but changing the parameters entirely and getting rid of winner-take-all is the ideal solution.