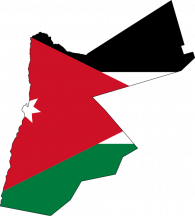 Jordan’s parliamentary elections took place on November 9 after a year of direct rule by King Abdullah II. These elections have endured intense scrutiny from major opposition parties, especially the Islamic Action Front (IAF). The IAF, the largest opposition party, boycotted the parliamentary elections in protest of the electoral system and its recent reforms. The IAF has criticized Jordan’s electoral system because of the overrepresentation of tribally affiliated rural districts loyal to King Abdullah. Critics also state that urban districts comprised of Islamists, and Jordanians of Palestinian descent, are underrepresented.

Additionally, Jordan uses the single non-transferable vote (SNTV) which has long been a subject of controversy. While SNTV is credited for not being a winner-take-all system, it also has its limits. Critics say that SNTV encourages tactical voting and spreads the influence of tribalism due to limited voter choice. Jordanians are limited to one vote in multi-member districts which forces voters to prioritize their loyalties. In a country where identity politics and kinship ties play a key role, voters often rely on the latter.

The new temporary electoral law used in the most recent election was issued by the Jordanian government in May as a response to the complaints of reform advocates. Among the changes, ten seats have been added to the Chamber of Deputies, twelve seats reserved for women, and electoral districts (now called “electoral zones”) were divided into single seat sub-districts. These sub-districts are intended to curb tribalism, because no boundaries have been specified for each. Instead, the sub-districts encourage tribalism; with smaller sub-districts, candidates heavily rely on tribal connections which discourage the development of national political parties. The reforms, however, do not promote more coalition-building, as would be more likely under a single transferable vote system or various forms of party list voting.

Reactions to the parliamentary election results have been mixed. While some results were surprising to election watchers, the overall results do not represent a change in Jordan’s status quo of a parliament loyal to King Abdullah.

One of the biggest surprises was the election of a woman outside of the seating quota reserved for women in the new election law. Reem Badran, who is the daughter of a former prime minister, will be the 13th woman in Jordan’s new parliament.

Despite reforms, Jordanians generally remain skeptical and apathetic. To the skeptics, the election results in favor of King Abdullah come as no surprise, seeing that Jordan's electoral zones remain malapportioned. Instead of restructuring electoral zone borders, sub-districts were formed which merely exacerbates deeply rooted divisions in the country.

According to the International Republican Institute (IRI), an international monitoring group, the elections in Jordan were credible. The IRI points out numerous reforms the Jordanian government has implemented such as efforts to educate voters about voting rights, as well as the effective management of ballot stations. The IRI has also issued criticisms of Jordan’s electoral process, such as the issue of tribalism, but failed to mention one key factor which invalidates these elections. With opposition parties such as the IAF boycotting the elections, how can this election be credible without substantial opposition?