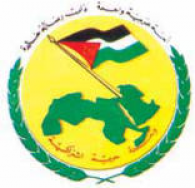 This post was supposed to focus on the March 7th election results. However, the ongoing post-election maneuvering deserves some extra attention. Iraq’s Accountability and Justice Commission has sought to disqualify 52 candidates, six of whom actually won seats, because of their alleged ties to the Baath party. The legitimacy of the de-baathification process itself is not being called into question here, but rather its implications for the election’s outcome.

The de-baathification process started under the U.S. Coalition Provisional Authority in 2003. In January 2010, the Independent High Electoral Commission (IHEC) followed the Accountability and Justice Commission’s recommendation by disqualifying 511 candidates because of their alleged ties to the Baath Party. Many of those candidates were part of former Primer Minister Allawi’s Iraqiya coalition.

A few days before the election, the “de-baathification committee” sought to blacklist 52 additional candidates, but the IHEC allowed them to run. The Accountability and Justice Commission now challenges their eligibility and expects their votes to be stricken. Consequently, a court will have to decide whether the six winning candidates (four from the Iraqiya, one Kurdish and one from the State of Law) can be part of the new legislature and whether the votes received by the 52 candidates should be thrown out.

However, regardless of the court’s decision concerning the banning of candidates, it should not change the seats’ distribution, let-alone the election’s outcome! And here is why:

This means that Iraqi voters expressed their preference for a list and then had the opportunity to also mark their favorite candidate within that list. Seats were awarded based on each list’s share of the votes in a constituency.

As a result, challenging the victory of some candidates within a list should not have any implication for the seats’ repartition between parties. According to the electoral law, each party should be able to replace blacklisted candidates with its next top-voted candidates.

First of all, the electoral commission allowed those 52 candidates to run, which means the votes they received as alliances’ candidates are valid and should still be counted for the seats’ repartition between parties.

Furthermore, the current Accountability and Justice Commission’s power is uncertain, since it is attached to the Council of Representatives, which is no longer in session. Besides, its heads ran as parliamentary candidates: Ahmad Chalabi won a seat in the new parliament, and Ali Faisal al-Lami was unsuccessful. This pretty looks like an obvious conflict of interest.

It is also clear that the disqualification effort could prove critical to the election’s outcome, since Allawi’s Iraqiya won only two seats more than al-Maliki’s State of Law, and four of the six challenged candidates are from the Iraqiya alliance.

An Iraqi court ruled that any party leader who is able to assemble a large enough parliamentary coalition can be chosen to form the new government. It does not have to be the alliance that won the most seats in the March 7th election. As a result, both al-Maliki and Allawi can work on building an inclusive coalition government. This is why de-baathification should not affect the post-election political balance.

Check-out my response in the National to an article about the March 7th elections.

Stay tuned for a detailed analysis of the March 7th election results in our next post!