Was the Iowa Caucuses' Real Winner Not in the Race? 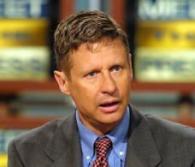 Last night, as the numbers rolled in from Iowa, cable news shows pundits analyzed the numbers in almost every way humanly possible – with particular obsession with who was going to “win.” But the media just may have missed the biggest winner: a candidate who wasn’t seeking Iowa votes last night. They also missed the biggest loser: a plurality, “top of the heap” voting system that can easily misfire in clarifying who is the strongest candidate.

First, the media hyped "winning" Iowa as if it really mattered in any meaningful way involving delegates. But Iowa won’t elect its national convention delegates for months, and the ultimate breakdown of delegates likely will have little correlation to last night’s results – and won’t be winner-take-all based on the statewide vote.

Looking at the hard vote total numbers, Mitt Romney “won” the caucuses by 8 votes over Rick Santorum But it’s all relative. In 2008, Romney had won 29,949 votes, or 25.2%. That result was seen as a crushing disappointment because that year he trailed Mike Huckabee's 34.4% of the vote.

With arguably a weaker field, somewhat higher turnout and more sweeping GOP establishment backing this year, Romney’s vote total only grew to 30,015 votes -- e.g., just 66 more votes. But because of the slight uptick in overall turnout, his percentage of the vote actually declined from 2008, down to 24.6%. The opposition vote was more fractured than in 2008, however, giving Romney his “win” – a “win” that means nothing for delegates in a non-winner-take-all contest.

That misunderstood outcomes makes plurality voting a loser yet again. It wouldn’t be hard for Iowa Republicans to determine a more definitive winner. By adopting instant runoff voting (easy to do and count on paper ballot in what essentially is a straw poll contest), we would know how Romney would have fared if matched one-on-one against Santorum, Based on second choice polling and favorability ratings, Santorum would have been favored – but we’ll never know for sure.

Turning to the night’s real winner, it wasn’t Ron Paul, whose longshot bid for the nomination grew longer despite his remarkably good night. Paul and Romney were the only candidates who contested the caucuses in both 2008 and 2012, but, unlike Romney, Paul more than doubled his vote from 11,817 to 26,219. According to New York Times entrance polls, Paul won 48% of the vote among attendees under 30, with Santorum taking 23% and Romney just 13%. Paul also beat Romney by more than two-to-one among independents, first time caucus attendees and voters with an income under $50,000.

Despite those gains, Paul’s third-place finish and downturn in support in the final week underscores his difficulties in a party where his libertarian stances on some issues like foreign policy are out of step with the party’s majority. But it’s those very stances that draw the passionate backing of younger, more independent backers – thus making it questionable that these voters will ultimate shift to back the eventual Republican nominee.

Enter Gary Johnson, who just may end up being the night’s big winner after the rise and likely fall of Rick Santorum. The former two-term governor of New Mexico sought the Republican nomination in the past year, but was kept out of most debates – and had trouble gaining traction because of similarities in his views to those of Paul. Now Johnson has announced that he’s seeking the Libertarian Party nomination, and he may well being on the November ballot in every state.

With states relying on the ever-inefficient plurality voting rule to allocate electors and given other potential third party and independent candidates – from the Americans Elect nominee to the Greens and the new Justice Party formed by former Salt Lake Mayor Rocky Anderson – Johnson could have a far bigger impact in the race than many are predicting right now if he ends up attracting disgruntled Ron Paul backers.

Stay tuned. 2012 promises a wild ride, one made more unpredictable by our antiquated voting rules and practices that are ill-equipped to handle voter choice.

(A note on turnout in Iowa: Although some pundits are touting the slight rise in GOP turnout from 2008, it in fact should give Republicans reason to be concerned. A PPP poll last weekend found that about one in six Iowans planning to vote in the GOP caucuses had voted in the Democratic caucuses in 2008. Without a competitive caucus on the Democratic side, their choice was easier for them to make than it was in 2008, when the Democratic caucuses were nearly double the Republican turnout last night. In other words, the overall turnout in Iowa caucuses last night plunged to less than half of overall caucus participation in 2008.)