D.C. voters will be able to elect an attorney general for the first time within the next year, maybe as soon as this November. Whether that election will reflect the maladies of prior special elections or give the District something better remains to be seen.

Before this year, the attorney general was appointed by the mayor. In 2010, however, 76% of voters supported a charter amendment establishing the attorney general as a publicly elected official. This decision has been controversial within the council, resulting in legislation, passed in 2013, to delay the first attorney general’s election until 2018. Earlier this year legislation was proposed to do away with the delay and hold the first election in 2014, but it was defeated. Those opposed to the legislation voiced concerns over timing, the nomination process, and the lack of a runoff. But a proponent of an election filed a lawsuit, and this past Wednesday the D.C. Court of Appeals ruled that the council acted illegally in delaying the election.

As the ruling stands, it is unclear whether D.C. voters will have the opportunity to elect an attorney general in November’s general election, or whether the election will be held a few months later. It is, however, very likely that DC will be preparing to hold a special election. The District has held its fair share of special elections in recent years. With a record of low turnout and winners being decided by miniscule margins in large fields of candidates, it is easy to see why the Council and District of Columbia Board of Elections and Ethics (BOEE) are wary of such elections. For instance, a 2013 special election, held in mid-April for an at-large City Council vacancy, saw only 57,238 votes cast out of 505,698 registered voters; that’s an 11.32% turnout. The race itself was hotly contested with a field of eight candidates, four of them receiving over 10% of the vote. The winning candidate garnered 31.49%, securing victory with 18,027 votes.

While the council and the BOEE may have their concerns about how best to hold an election for attorney general this year, the voters and the courts have spoken. With primary season behind us, our focus should turn to how we can best 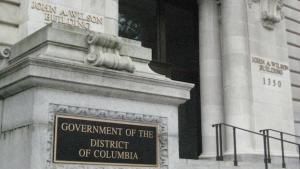 accommodate a special election for attorney general. The best option for increasing voter participation and minimizing voter fatigue is ranked choice voting, or as it is being called in D.C., instant runoff voting.

Instant runoff voting is a proven method of electing officials in which voters rank candidates in order of preference. It is now used for all elections in such major cities as Minneapolis and St. Paul in Minnesota and in Oakland and San Francisco in California. In a single seat election, votes are initially tallied by first choices. If a candidate has a majority (50% +1), they are elected.  If no candidate receives a majority of first choices, the candidate with the fewest votes is eliminated. Those who selected the defeated candidate as their first choice will have their ballot added to the totals of their second choice candidate. This process of eliminating the lowest vote-getter and recounting ballots by the next ranked candidates continues until one candidate receives over 50% of the active ballots.

Instant runoff voting would accomplish in one election what would otherwise take two. It would maximize voter participation and engagement without a costly, low-turnout runoff. Voters could look at all of their choices and determine which candidates best represent their views, knowing that ranking a candidate beyond their first choice will never hurt the chances of their first choice. This would mean that voters would only have to go to the polls once and would be able to vote their conscience, without fear that their vote will be wasted. Candidates are incentivized to reach out beyond their bases to voters across the city, asking for support not only for first choices but for second and third choices as well. This would encourage greater participation and would ensure that the District’s first elected attorney general would have the broadest base of support possible.

Instant runoff voting would change all of that, giving the District real choices and strong winners. To be sure, there is work to be done in implementing instant runoff voting effectively, including evaluating the best way to introduce the system to voters and to implement it, but other cities have demonstrated that when done well, implementation can be both easy and effective. Cities that have used instant runoff voting have seen candidates running more inclusive campaigns, as well as winners with a meaningful vote of confidence from the whole community.

Special elections are always difficult, but with instant runoff voting, the District can be a model for how they can be done right.