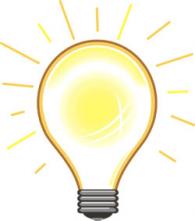 Today I reviewed all 121 entries posted on the FairVote.org blog this year. It's a good reminder about how busy we've been and how insightful FairVote staff, colleagues and interns so often are. It's also exciting to realize that what's been published represents only the tip of the iceberg of recent research and analysis that will go public in 2012. We have a lot to say -- and, given the troubled condition of American democracy, many reasons to say it.

Although late December is a time of top ten lists, I zeroed in on seven insights you may have missed. There's much more, of course, but here are edited excerpts from seven important FairVote blogposts in 2011.

1. Winner-Take-All Gerrymandering vs. Fair Voting for All

From Mitigating the Pernicious Effects of Gerrymandering in North Carolina: The Super District Alternative, by Jais Mehaji and Rob Richie, as part of FairVote's 50-state series (in progress) contrasting U.S. House district gerrymandering and fair voting methods of proportional voting

North Carolina's proposed new plan might not look too different from the old plan, but it reflects key changes. Democrats today have a 7-6 U.S. House seat advantage, but the proposed plan puts four Democratic incumbents at serious risk and is designed to lock in a 10-3 Republican advantage for the decade.

Winner-take-all elections subject voters in North Carolina to a representation deficit. They only reward a single candidate that wins in each area while pushing aside the influence of other voters. Democrats benefited from their 2001 gerrymandering, and now Republicans have turned the tables. Fair voting plans in super-districts would create ongoing balance and fairness, with changes reflecting national shifts and the qualities of individual candidates able to draw support from voters who might often vote for candidates from another party.

Every one of our fair voting districts would present opportunities for voters to elect candidates of each major party, and have a real chance to swing the overall number of seats won by each party. New voices also could be heard. Minor parties and independents would have a greater chance to win a seat. Women candidates would likely increase their success. All voters would experience a competitive election every two years.

In a year where we have seen so much partisan vitriol on the national level, the fact that this year's election was more about community than personality is definitely historic. As the Press Herald observed, the high quality candidates who ran have contributed a range of good ideas for the city that should help focus policy for years.

Ranked choice voting is far more than a math exercise. Although it’s certainly an effective means to handle more than two choices, it can be much more. Repeatedly, we are seeing RCV winners being the candidates who are particularly effective in reaching out to voters, often with direct contact involving community debates, local events, and door-knocking. One Portland candidate, David Marshall, said he knocked on 20,000 doors. He didn’t win, but it was ballots from his supporters that provided a particularly strong boost to the new mayor’s win total.

Our one-day survey of 122 early voters underscores some of these values. They reported that they were more engaged in this election than usual, felt the candidates were more civil than the norm and were far more likely to vote for the candidates they most supported without worrying about whether they could win.

Lower Presidential Election Turnout in Safe Republican States, by Neal Suidan, as part of a series of presidential election analyses that includes a chart showing how Ohio earned more general election attention from the major party presidential campaigns in 2008 than the 25 smallest states combined.

Thirteen states have voted for Republicans in every presidential election since 1980, making hem the most consistently safe Republican strongholds in modern presidential politics. To study the effects of living in a safe state on voter turnout, we compared the combined turnout in these 13 states with the turnout in the remaining states over the last six elections, starting with the Bush-Dukakis election of 1988 and ending with the Obama-McCain election of 2008.

In 1988, these states' turnout barely trailed that of the rest of the country, by 2.6%. But in every election since, these 13 states have fallen further behind. In 2008, their turnout was 6.2% behind the rest of the nation. Meanwhile, the safest Democrat states have experienced a similar trend.

From Response to “A rogue convention? How GOP party rules may surprise in 2012" , by Elise Helgesen and Rob Richie about our analysis of the impact of Republican National Committee rules on its presidential nomination process

On November 25, we co-authored a Politico commentary on how Republican party rules may surprise in  the presidential contest that struck a chord with many readers. Those highlighting or responding to our piece include the Washington Post’s The Fix (calling it a “must read”), Andrew Sullivan’s The Dish in The Daily Beast, the conservative website Hot Air and political analyst Michael Barone.

The contrast between the actual Republican Party rules governing its convention and most people’s understanding of the role of the primaries underscores the way that the party system has changed rapidly in today’s modern era. Many of the RNC rules come from a time when conventions chose nominees and the party was a meaningful institution, representing an association of individuals coming together, articulating platform positions, and choosing candidates to stand for those positions. With that understanding, the rules governing a party are those of a private group, not a government entity.

Even though it certainly matters today whether a presidential candidate is a Republican or Democrat, parties are less meaningful as associations and much more important as “brands” in an electoral politics driven by consultants and big money. To many in the major parties, party conventions now are essentially showcases for candidates determined before the convention. In this atmosphere, selection of candidates can take place in a winner-take-all manner because candidates and their backers do not care if elected delegates accurately reflect the differences of opinion among Republican voters.

We believe that this difference between the letter of the party rules and the way they have come to be interpreted could lead to some surprises in 2012. Regardless of whether it happens, we think the broader conversation about the role of parties as institutions is important, as we value people coming together in organized associations.

Latner: This speaks to the question of genuine reform versus more superficial reforms. If we had moderate Republicans elected from the most populous areas of the state and more moderate Democrats coming from central valley and the mountain regions, then you would see a genuine change in partisan dynamics in the legislature; because these new legislators would be representing people who right now aren’t being represented in the legislature.  It would be more genuine reform in my opinion.

Novoselic: I see that also. The paper also states that out of these five seat assembly districts, there could be space for minor party or independent candidates.

Latner: Absolutely, this is what scares both the major parties.  They might not agree on anything but the one thing they do agree on is they don’t want competition. Right, now that’s the more speculative part of the paper, certainly.  Because trying to predict what sort of parties will emerge is certainly an interesting prediction but it is also more speculative than scientific. Nevertheless, California provides this wonderful opportunity. We have all this initiative data that tells us about peoples’ ideological orientations. We can study that geographically and see what sort of parties would most likely survive within those five district regions.

From Low Voter Turnout Strikes Again: Louisiana Gubernatorial Race, by Christina Grier, as part of a series on voter turnout in the United States -- turnout this year hit record lows in a number of major statewide and mayoral elections

On Saturday, October 22, the country witnessed yet another major election decided by far less than half of eligible voters. Even with weekend voting and its unique “open primary” system that puts every candidate in the general election, barely 30% of eligible voters made it to the polls to elect Louisiana's governor and nearly every other office in the state.

It was even worse in the state legislature, which Democrats controlled just a few years ago. In the state senate, there were 39 seats up for grabs. Democrats ran candidates in only 16 races, which meant that Republicans automatically won the 23 remaining seats. Democrats won 15 of the 16 senate races in which they competed. Republicans also swept seven statewide races, with Democrats only running in three contests, earning less than a third of the vote in each one. When parties run candidates only for the seats they believe they can win, voter choices are inherently limited; races are decided before the voters have a chance to cast their ballots.

Whether it’s a lack of competition due to uncontested seats or a lack of faith in the government, this recurrent problem of low turnout in elections across the country means that our democracy is far from being representative. When you think of a country where government is supposed to be “by the people and for the people,” do you think of a government that functions without hearing from 60% or more of its people?

7. Affirming a Citizenship Right to Vote in the U.S. Constitution

From Dean Searcy's Voting: A Right, A Privilege, or A Responsibility?, part of our Right to Vote blog series.

When Americans talk about their democracy, they typically emphasize the importance of the right to vote. But the fact is that, unlike other democratic rights protected in the First Amendment, voting rights do not have clear constitutional protections. State legislatures have the right to appoint electors in presidential races without holding elections, for example, and states can enact a variety of policies that directly or indirectly infringe on suffrage rights. While strengthening voting rights in the Constitution would seem like a logical step, there's a potential political barrier: confusion about the meaning of a "right" as compared to voting also being a privilege and a responsibility.

FairVote sees voting as a fundamental right of citizenship equal to our First Amendment freedoms in its importance for sustaining representative democracy. Even though the Constitution has several amendments which stop voter discrimination, it lacks a sufficient base to guarantee voting as a right. To overcome the states' view of voting as a privilege, we support the right to vote explicitly enshrined in a Constitutional amendment (H.J.RES.28). Only with its passage can voting truly be considered a right rather than a privilege.