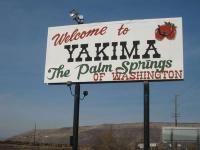 Last week, FairVote filed an amicus curiae (friend of the Court) brief in Montes v. City of Yakima, a case brought against the city of Yakima, WA under the Voting Rights Act. You can read the brief here.

In August, the federal district court found that Yakima’s election method was in violation of the Voting Rights Act, and so they will have to adopt something fairer. Previously, the city of Yakima elected all seven of its city councilmembers at-large (by the whole city, not by districts) using a winner-take-all method called “numbered posts.” With numbered posts, the seven positions are each elected individually, as if they were separate offices. For example, a candidate might run specifically for council seat number one, and every voter in the city would decide which candidate they wanted to vote for in seat one. Seat two would be a separate race on the ballot with entirely different candidates, as would seats three through seven. Any seat for which more than two candidates ran would first conduct a preliminary election to narrow the general election field to exactly two candidates, effectively requiring a majority vote in the general election for each seat.

Because each seat is elected by majority, whichever group of voters is in the majority will be able to elect their preferred candidate in each seat. For example, if the city were 55% Democratic and 45% Republican, the Democratic candidates would win every single election, and so the city council would be 100% Democratic. This would “dilute” the votes of the Republicans in the city.

However, Yakima’s city council elections are non-partisan, and instead of being polarized by political party, its voters are polarized by race. Latino voters make up about 20% of the city’s registered voters, and yet they have no representation on the Yakima city council, despite several strong Latino candidates running for office and even attracting enough of the white voters to get upwards of 40% of the vote.

Nonetheless, no Latino candidate could win, not even when their sole opposition dropped out of the race.

Vote dilution is always unfair, but when it is coupled with racially polarized voting, it is actually illegal. Consequently, the district court found that Yakima was compelled by the Voting Rights Act to change its election method.

The most common remedy to vote dilution caused by winner-take-all at-large elections is for the city to elect all city councilmembers from winner-take-all single-member districts. In districts, whatever group is in the majority still gets all of the representation, but a district can be drawn around a minority community that is geographically compact, so that they will be able to elect a preferred candidate in that district. These are commonly called “majority-minority” districts.

The exclusive use of districts can diversify a city council, but it also means that Latino voters outside of majority minority districts remain unrepresented.

FairVote has consistently argued that a better approach is fair representation voting at-large. That is, instead of relying on winner-take-all rules in districts, empowering voters at-large to elect representatives of choice with election methods that fairly represent any group of voters larger than a particular election threshold. For example, earlier this year, FairVote submitted an amicus brief in the case against Palmdale (CA), arguing that fair representation voting is a legal and effective remedy for vote dilution claims brought under the California Voting Rights Act.

To their credit, the city of Yakima attempted to incorporate fair representation voting into their preferred remedy. They asked the court to approve its use of five winner-take-all districts and two seats elected at-large by the single vote method. With two seats elected on one ballot in which all voters have only one single vote, any candidate able to attract more than a third of voters is guaranteed election. This would allow the Latino community to join in coalition with like-minded white voters to elect a candidate of choice.

Even better would be for Yakima to elect at least three seats with the single vote system, and so that was the focus of FairVote’s amicus brief. With three seats elected by the single vote method, any group of voters making up more than a quarter of the vote would be able to consistently elect a preferred candidate, and even groups smaller than that could achieve success under normal circumstances.

Of course, even with only four winner-take-all districts, one should still be drawn that favors the most heavily Latino parts of town. With fair representation used in tandem with districts, Yakima could achieve greater representation for all voters while still respecting local communities.

We hope to soon add Yakima to the long list of cities that have adopted fair representation voting. We expect the court to decide how Yakima elections will be conducted in November.