Evolution of voting rights from 1789 to today must continue 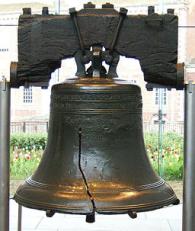 Often we sanctify the Founding Fathers and the Constitution that is the bedrock of our republic. But when it comes to voting rights, most of the founders were far off the mark from how we see the right to vote today.

Consider the realities of the election of 1789, the first election of the new Congress. The overall number of people who were allowed to, and actually voted, was miniscule in state after state. For example, Delaware had a total state population of just over 59,000, but only 2,059 ballots were cast, meaning just 3% of the population. Georgia’s turnout was around 5%, New York about 3% and Rhode Island has what seems to have been lowest turnout of all at an abysmal 0.7%.

Compare this to today, where states have voter turnouts in major elections of around 30-60% of the overall population (including young people and non-citizens), with more than 60% of eligible voters participating in the 2008 presidential election. We can rightly be concerned that election turnout is low, especially in non-presidential elections, but it a lot better than it used to be.

The biggest reason for this increase is the inclusion of more people in the pool of voters. In 1789, only white, land owning men had the ability to vote in most states. Since the Civil War, we have amended the Constitution to prohibit limiting voting rights based on gender, race, age (for citizens who are at least 18) and wealth (when banning the poll tax). States have usually taken the lead in expanding suffrage, including no state now denying voting rights due to property ownership.

This widening of the voter pool more accurate represents what America looks like. But it’s not all the way there yet. Today, about a quarter of all eligible voters are not registered to vote and thus unable to vote on Election Day – including nearly half of young adults under 25. About 5% of our population is directly disenfranchised because of previous convictions, residence in a territory, living in an area with historically poor voting machines, difficulties with overseas and military ballots and other reasons.

As I’ve written in this series time and time again, we will continue to waffle and deny progress as long as we do not protect voting rights in the same way the Bill of Rights upholds other individual rights that are fundamental to a functioning democracy. Without a Constitutionally enumerated Right to Vote, our journey to fully representative democracy is incomplete.

Jo McKeegan this month finished her year-long tenure with FairVote as a legal fellow.