Elections in India and Indonesia Highlight Differences Between Electoral Systems 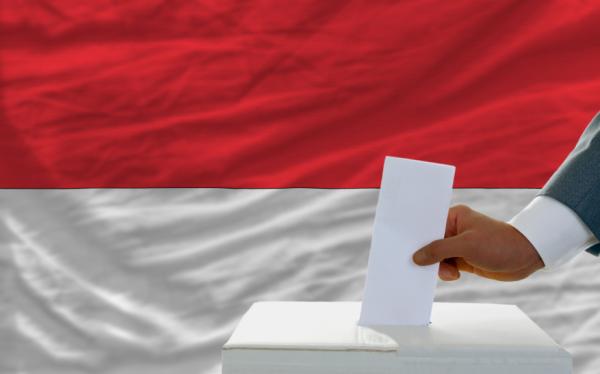 India and Indonesia, two of the world’s largest democracies, both held their elections this April. The two countries are comparable in several ways: they are both populous, ethnically diverse, and have significant Muslim populations. But they diverge when it comes to their electoral systems: India uses a winner-take-all system, as we do in the U.S., while Indonesia uses a form of open list proportional representation. These differing systems have noticeable effects on representation in the two countries and played a major role in this month’s elections, though neither India nor Indonesia has released official results.

Both India and Indonesia have large electorates: there are over 170 million potential voters in Indonesia (comparable to the U.S.), and more than 700 million potential voters in India. There is also great ethnic and linguistic diversity in each country. The biggest demographic difference is that while both countries have large numbers of Muslim voters, about 80% of India is Hindu, and about 85% of Indonesia is Muslim, with a notable Christian minority.

This difference in demographic makeup is reflected in the political landscape of each country. As we noted in a post back in February, India’s political system has been dominated by two major parties since 1998: the center-left Indian National Congress (INC) and the Hindu nationalist Bharatiya Janata Party (BJP). There are many smaller parties that wield great influence in coalition-building, but play a clearly subordinate role. Indonesia’s legislature is characterized by fewer parties overall, but no two parties dominate its elections. After Indonesia’s 2009 elections, its Democratic Party received a plurality of votes (21%), but was far from reaching a majority of seats and formed a coalition with five of the eight other parties that gained seats in the legislature. Preliminary results from this month’s election in Indonesia indicate that no party received more than the 25% of the vote.

These contrasting party structures can be explained in large part by the differing electoral systems in the two countries.

India’s elections are relatively straightforward in their structure: the lower house of the parliament is divided in 543 constituencies, each electing one representative. The citizens of each constituency cast one vote for their preferred candidate, and the candidate who gains the plurality of votes wins the seat. The combination of a plurality system and India’s fragmented electorate mean that the vast majority of seats are won by the two or three largest parties or regionally specialized parties.

Indonesia, in contrast, uses a system of proportional representation. The 560 seats in the lower house of its legislature are divided into 77 multi-member constituencies. Parties receiving more than 2.5% of the vote are awarded seats in the legislature, in proportion to their total vote share. The result is a system that encourages coalition-building, as no party has ever won an outright majority (or even more than 40% of seats).

The differences between the Indian and Indonesian electoral systems are largely attributable to their disparate political histories.

India’s first-past-the-post system stems from British colonialism. When Britain relinquished control of India in 1947, a Constituent Assembly was formed to draft a Constitution to govern the new nation, completing its work in 1950. According to researchers from the International Institute for Democracy and Electoral Assistance, a plurality system was chosen to prevent fragmentation in India’s government and encourage stability. Most former British colonies use a winner-take-all electoral system to this day.

After the end of Suharto’s autocratic regime in 1998, Indonesia underwent a series of liberalizing and democratizing changes to its political system. During Suharto’s 20-year presidency, laws limited the number of political parties and prevented legitimate opposition to his rule. As part of the reforms, restrictions on the number of parties, party activities, and the press were lifted. Although a proportional system was in theory used during Suharto’s New Order, it wasn’t until 1998 that elections became free and fair. The current system reflects a desire for a representative government and to avoid a return to the one-party rule that Indonesia suffered under the New Order.

Much of the recent electoral history of India and Indonesia stems directly from their choices of electoral systems.

In India, control of the legislature has oscillated between the two major parties: the BJP held power from 1998 to 2004, the INC from 2004 to 2014, and now it seems likely that the BJP will retake control in the ongoing election. Indian voters have few viable choices if they wish to vote in opposition to the currently ruling party without “wasting” their vote. This year, it has been reported that the Muslim vote was split between the populist Aam Aadmi party and the INC. The BJP is poised to take control of the legislature with its National Democratic Alliance, even though opinion polls have placed support for the NDA at just 30-40%.

Proportional representation played an important role in this year’s Indonesian elections. Although there are three major Islamic parties, they were all able to gain representation in the legislature due to the proportional system avoiding concerns of vote-splitting.  The Indonesian Democratic Party - Struggle (IDP-S) received the largest share of votes, at about 19%, but did not meet high expectations and will need to be only one part of a broad governing coalition. Preliminary coalition talks seem to be optimistic for IDP-S: the National Democrat Party, receiving 7% of the vote, has pledged “unconditional support,” meaning that IDP-S’s coalition is guaranteed to surpass the 25% needed to nominate a presidential candidate for the July election. The two parties with the next largest shares of the vote, Gerinda and Golkar, have also put forth candidates, but continue to work towards creating coalitions that reach the 25% threshold. In a major change from the 2009 legislative elections, the previously-ruling Democratic Party only received about 8% of the vote, amid rising distrust in the government.

India’s first-past-the-post electoral system exaggerates the control of major parties, while Indonesia’s proportional system results in a more representative legislature. Despite its advantages, Indonesia’s system is not without flaws: most significantly, coalitions have at times become so large and complex that they are unable to effectively govern. In the context of large and ethnically diverse Asian nations, however, Indonesia’s proportional system is better suited to handle shifting voter preferences than India’s plurality system, which encourages strategic voting and two-party rule.