Electing Lords: A Unique Opportunity for Electoral Reform in the British Upper House 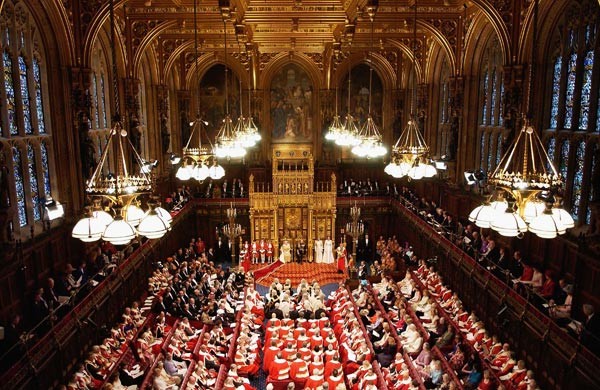 Around 100 years ago, Britain began to realize that the House of Lords, the upper house of the British parliament, was a vestige of a long-lost feudal society that bore little similarity to the Britain of the 20th century. Starting with the Parliament Act of 1911, many attempts have been made to transform it into a body compatible with the democratic nature of the modern British government. For over a century, those attempts have failed.

The Lords does not have the power that it once did, but it remains an undemocratic institution in which most members are appointed by the party in control of the government and many retain their peerages through mere hereditary right. Although the House of Lords cannot override the popularly elected House of Commons, it can introduce non-money bills and significantly delay legislation from the Commons.

Now, some members of the House of Commons, led by Liberal Democrat party head and Deputy Prime Minister Nick Clegg and backed by Prime Minister David Cameron, head of the Conservative Party, are trying again. Earlier this summer, with supporters in all three major parties and growing popular sentiment in favor of reform, it seemed that they might finally succeed. But the devil is in the details of Lords reform - and those details are dividing potential reformers.

The Lib Dems proposed a bill that would cull the House of Lords from 775 peers to 450, of which 360 would be elected. The remaining 90 would be appointed by the Prime Minister, via the Queen. An additional 12 members of the Church of England would be allowed to remain in the House of Lords, down from the 26 current Lords Spiritual. Peers would be elected for terms of 15 years, a provision designed to keep them above the fray of regular election cycles and preserve their Supreme Court-like role of judging legislation with little partisan bias.

Of particular interest to FairVote was debate in the formulation of the bill over what voting system ought to be used to elect the 360 members. The use of choice voting, or "single transferable vote," was discussed, but in a compromise with the Conservatives the final bill settled on a "regional party-list" system, in which voters are presented with ordered party lists but can choose to vote for candidates out of that order. Either method would create a body more representative of Britain's electorate than the winner-take-all Westminster system used in Commons elections.

Despite the fact that all three major parties have expressed their support for House of Lords reform, it has not been easy to reach a consensus on the bill. On July 10, 462 MPs voted to give the bill a second reading. But process stalled when, much to the chagrin of Cameron, 91 Tory MPs defected and opposed a "programme motion" to set a timetable for the bill, effectively postponing its consideration. The opposition Labour Party has also been reluctant to throw its full support behind the bill, because they see Lords reform as a low priority and don't want to give the coalition and the Liberal Democrats a reform victory. The issue has become highly politicized and has created a fissure in the alliance between the Tories and the Lib Dems.

This politicization is a shame, as it threatens to further postpone the reform of an institution that needs it desperately. While changing the structure of the House of Lords is unlikely to have an immediate positive impact on British politics, following through on the plan to do so would send an important message that improving electoral systems in a democracy is always a priority.

There remains hope that reform can be accomplished after the House of Commons returns from its summer recess, as Clegg and Cameron are likely to try again with a slightly altered bill. It is crucial that members of all three parties put in the effort to see Lords reform through, as a passive return to the partisan squabbles of the last attempt will inevitably lead to its defeat.

Update August 7, 2012: Partisan politics appear to have won out over reform, as Nick Clegg announced yesterday that plans to reform the House of Lords are being abandoned because Conservatives "broke the coalition contract" and Labour "opportunistically" refused to cooperate.