Drawn Into the Fray: Thinking Outside the Single Member District Box 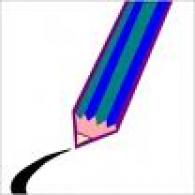 If they bothered, politicians could learn a lot from reading children’s books.  Take, for example, Corckett Johnson’s classic tale of Harold and the Purple Crayon.  Those who are old enough to remember the book will recall a tale of a little boy who, out of nothing, creates an entire world merely by drawing lines with this tiny purple crayon.  In this country at least, this tale is not nearly as fanciful as it would first seem.  Indeed, every ten years, political establishments come together across these fifty states to transform this country’s continuous array of sleepy rural hamlets and bustling urban neighborhoods into 435 discrete congressional districts, simply by drawing lines.
This political game of line drawing is no mere child’s fancy.  Ever since the days of Elbridge Gerry and his “salamander-shaped” district, Gerrymandering, or the strategic drawing of districts to somehow bias the electoral result, has been an important, albeit nefarious, component of American politics. 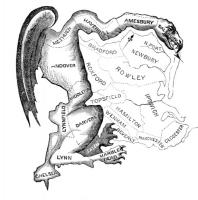 During the Civil Rights Movement of the 1960s, for example, the gerrymandering of districts in the South to silence the voice of African Americans became a large political issue.  In 2003, a contingent of Texas Democrats in the state legislature fled across the border to Oklahoma rather than be present for a vote to approve a new redistricting plan which favored the Republicans.  Furthermore, it is an issue about which most citizens, regardless of the party, agree.  Voters in this country at least in theory seem quite attached to the idea of constituents picking their legislators and not the other way around and on the whole detest the bizarrely-shaped legislative and congressional districts that are usually the hallmark of Gerry’s salamander rearing its ugly head.
Yet, in the present day, creative district drawing is not just a tool of those trying to disenfranchise people; indeed, many of this nation’s strangest districts were drawn to actually empower racial and ethnic minorities who vote in the district.  Take, for example, Illinois’s 4th congressional district, or as many political commentators call it, the “Earmuff District.” 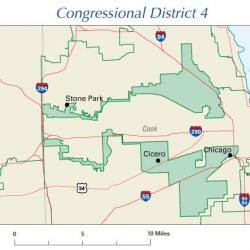 First drawn in 1991-1992, this district gets its distinctive shape from its creative linkage of two predominantly Latino neighborhoods by means of including the land spanned by Interstate 294.  Now, unless the legislature is expecting an influx of people to build high rise condominiums on the highway median, it is quite clear that the purpose of this design is to ensure that two neighborhoods that would not be heard in elections otherwise were able to have the political influence to elect a minority candidate.  Most would concede that the empowerment of previously voiceless communities is a worthy goal.  However, by its definition, there is little way to argue that the Illinois 4th congressional district is anything but an example of gerrymandering.  Similar processes happen at the local level.  Philadelphia’s 7th City Council District, which has been called the most gerrymandered local district in the United States, is currently represented by a Latina councilwoman who was empowered in the election partially by the district’s funny lines.

Herein lies the problem with drawing lines; by dividing things into groups of “yours” or “mine,” drawing lines creates a zero-sum sort of game where, if someone benefits, someone must lose.  One person’s empowerment is always another person’s gerrymander.  This process of drawing districts also underscores the fact that people do not live in homogenous ethnic communities and, because of this, creating homogenous majorities necessitates drawing lines so clever that M.C. Escher would be proud.  There is plenty of blame to go around between the political parties as both parties use gerrymandering to their advantage.  However, perhaps politicians are not entirely to blame.  Perhaps the problem lies in the idea of drawing districts itself.  While it will always be necessary to draw some sort of political boundaries, it behooves us, given the trouble creating districts causes, to look into methods of proportional voting in multi-member districts that enable fewer subdivisions and less of an opportunity for creative line drawing and more power for voters to elect a representative even if a neighbor is helping to elect someone else.  While there is no perfect answer to these quandaries, more thought should be given to these alternative methods by both voters and politicians.  For, while technical, drawing political districts has a crucial influence on the ways our democracy functions.  Indeed, just as with Harold and his purple crayon, in the political world, the people who draw the lines are the people who shape the landscape and the rules of the game, at least for another ten years.