Congressional Redistricting Matters, and It's Hurting This Country: a Response to Michael Barone

In many states, the process of congressional redistricting is complete and the new district boundaries that will serve each state for a decade are in place. In other states, the process is still ongoing, with lawmakers either battling over a proposed map or the final plan being left to the courts.

Yet the placement of redistricting in the hands of partisan actors inevitably politicizes the process, as each major party jockeys for its share of the spoils and seeks to advantage its incumbents. As a result, many Americans find themselves thrust into oddly shaped districts, called "gerrymanders," that cut like scars across geographic regions.

Though gerrymanders, with their conspicuous and confounding lines, receive the most attention, all redistricting is inherently undemocratic. There is a far deeper, structural problem: winner-take-all rules, which reduce millions of voters to irrelevancy and distort representation. Redistricting simply makes an already unjust situation worse.

Recently, pundit Michael Barone argued in The National Review (Redistricting Not a Big Story in 2012) that redistricting in 2011 has turned out to "matter less than we thought," insisting that the process is now unlikely to yield for Republicans the "significant gains" he and others once predicted.

Instead, Barone writes, the GOP's acquisitions will be "modest to nonexistent," primarily due to Democrats drawing "aggressive" maps and Republicans settling on incumbent-bolstering moderation. In other words, the GOP—hoping to protect the lead it won in 2010—played defense, while Democrats played offense in pursuit of new opportunities to retake the House.

He also argues that even where the GOP did attempt new gains, such as the map it designed in North Carolina to target opposing incumbents, Democratic moves canceled out such power plays. Barone cites Illinois, where Democrats pushed through an ambitious map, noting that the net gain between the two maps should be zero.

Barone's first mistake, however, is his assumption that the absence of change to Congress' partisan composition renders redistricting unimportant.  Overly focused on redistricting's impact on each major party, he disregards its effect on voters already trapped within a troubling winner-take-all framework. 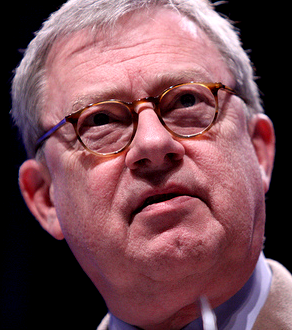 The question is where our priorities lie. Instead of chronicling lost GOP opportunities or speculating over seats gained or lost, Barone might have lamented the way partisan actors, engaged in a grand political game designed to benefit party elites rather than the people, sacrifice voters like pawns.

Barone's second mistake is his assertion that partisan redistricting has produced "pretty clean lines," in contrast to race-based redistricting protected under the Voting Rights Act, which he accuses of producing the most egregious gerrymanders and the "most grotesque districts in the current cycle."

Barone has long criticized provisions of the VRA that create opportunities for racial minorities to elect preferred candidates. True, many "majority-minority" districts are aesthetically objectionable, but race-based redistricting—though flawed—is a tool the courts justifiably use to protect racial minorities and pursue worthy public objectives within the constraints of winner-take-all voting rules.

Furthermore, Barone is simply wrong to say that partisan redistricting in 2011 has produced "clean" lines, as there are some incredibly unsightly districts out there in which considerations of race played little or no part. In these constituencies, the only driving force was political. Consider the following:

Clearly, in just these two states there is ample evidence to contradict Barone's claim. Across the country, state after state and map after map show the continued prevalence of the partisan gerrymander, with perhaps the single ugliest plan produced in FairVote's home state of Maryland, where Democrats drew tortuous lines with the primary objective of increasing their 6-2 majority to 7-1. To dismiss these politically motivated districts as acceptable while criticizing race-based examples is not only intellectually dishonest, it is absurd.

The truth of the matter is that all redistricting is undesirable, although race-based examples are defensible and even necessary. There are, however, alternative voting systems that would eliminate incentives to gerrymander and render unnecessary the use of redistricting to safeguard minority interests.

Rather than handicap redistricting from the perspective of the major parties or quibble over which gerrymanders look the worst, we should move beyond such an archaic framework and embrace reforms designed to make our political system more democratic and reflective.