Cleaning up politics: the UK to use alternative voting? 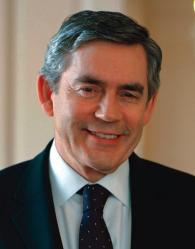 In the context of major distrust by British citizens of their almost 800 year-old democracy and their politicians, Gordon Brown proposed on February 2nd, in a speech at the Institute for Public Policy Research, to get rid of the UK’s “first-past-the-post” voting system.

Public faith in the British political system has been weakened by the recent expenses scandal in which many MPs have been accused of making undue claims. This strengthened the already existing gap between citizens and the members of the House of Common, that results from the defect of the first-past-the-post system, which obviously failed to provide voters with an accurate representation in parliament. Indeed, it is an appalling fact that none of the 646 MPs were elected by a majority of their constituents, and that two of every three MPs were elected without securing a majority of the vote. Besides, the rising of multi-party politics is not likely to improve the situation.

Consequently, Gordon Brown’s proposal to use an alternative voting system, in which voters rank the candidates in order of preference, is a huge step towards building new politics. A choice voting system, slightly different from the proportional one used for elections to devolved administrations in Scotland and Wales, would help the UK have a more representative parliament: it would ensure that each elected candidate has more than 50% of the total vote and maintain the benefit of a strong constituency link. Thus, the Prime Minister’s idea to mandate a referendum in 2011, through an amendment to the Constitutional Renewal bill, would help the UK get a fairer electoral system and make politicians more accountable.

This is how Prime Minister Brown rightly sees the alternative voting:

“But as we seek to re-engage people and enhance public participation I believe we should ask the people to look afresh at whether the electoral system can enhance the mandate of the constituency MP, as well as engaging people further in the choice they have at the ballot box...
But if the people decide to back the alternative vote, it also offers voters increased choice with the chance to express preferences for as many of the candidates as they wish. It means that each elected MP will have the chance to be elected with much broader support from their constituency, not just those who picked them as their first choice. In short it offers a system where the British people can, if they so choose, be more confident that their MP truly represents them, while at the same time remaining directly accountable to them.”

However, the path towards the referendum is pretty tough. First of all, the proposed amendment still needs to become law before the soon-coming general election. Then, it could be repealed by the Tories for ideological reasons if they win the election, whereas the Liberal-Democrats are likely to support it if the Labour wins, since they favor a proportional system.

Furthermore, the referendum itself will be a major obstacle. Actually, if a lot of people agree about the need for a reform, an organized enough campaign to win will need long-lasting, strong support from the Labour Party. This means Brown needs to prove that his suggestion to implement alternative voting is more than an excuse for political scheming. Implementing alternative voting would indeed be some of the best evidence that popular opinion matters, by handing power back to the people.

Correction: This post was edited to reflect that Scotland and Wales use proportional systems, not preferential voting.