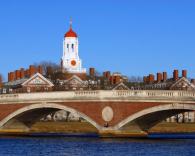 FairVote often writes about ranked choice voting elections as they happen – indeed six cities voted with a ranked ballot this week. However, we would be remiss to overlook what is the most enduring use of the system in American history. This week marks the start of the eighth decade of choice voting elections in Cambridge (MA), where every seat on the city council and school committee this week was elected by the choice voting method of proportional voting.

The history of choice voting in Cambridge, Massachusetts tells the tale of an American city that has successfully used proportional voting to elect its local officials for decades. Cambridge has employed choice voting (also called the single transferable vote) every two years for city elections since 1941.

Since its implementation, choice voting has served to provide greater opportunities for racial minorities and women in representation, as well as to promote at least relatively greater voter turnout and voter satisfaction.

One way of measuring the impact of that threshold is the consistent representation of Cambridge’s black population on its elected bodies even though blacks make up only 13% of the total population – just barely over the 10% threshold for the city council. With at-large elections every two years, a black candidate has been elected to city council in every election since the 1950s. Black candidates also have a long history of election to the smaller school committee, including a new candidate winning a seat this week.

In addition, in 2009, Leland Cheung won a seat on the city council, making effective use of social media in becoming the first Asian American and youngest-ever member of the city council. Women have successfully been elected to both elected bodies, often comprising one-third to two-thirds of the city council and school committee. These numbers are indicative of choice voting’s proportional effect and ability to provide greater representation opportunities for minority voters. The council also demonstrates other kinds of diversity, with a mix of political opinions, neighborhood representation, and three LGBT members on the current city council.

Tuesday’s election reinforced Cambridge’s successful use of choice voting in its local elections. Although some had feared that voter turnout would be “ridiculously low,” reflecting national trends this year, turnout was the same as in 2009, and representation of the city’s racial diversity increased.

All results are unofficial until the provisional and absentee ballots are counted on November 18, 2011. However, the results above are expected to be similar in the final tally and take into account all ballots cast on Election Day, including write-in and auxiliary ballots.