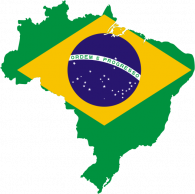 On October 31st, a runoff will take place in Brazil’s presidential election. The leading candidate, Dilma Rousseff of the Worker’s Party (PT), failed to gain the 50% majority needed during the first round on October 3rd with just 47%. Rousseff will face Jose Serra of the Brazilian Social Democratic Party (PSDB) who won 33% of the vote. Rousseff has been favored from the start riding President Luiz Inacio Lula da Silva’s popularity and success during his two terms in office.

During the first round of voting, Rousseff won the lead but was denied an outright victory since Green Party candidate, Marina Silva, earned 19% of the vote. Silva was eliminated in the first round and her voters will play a key role in the outcome of the election. Silva’s final tally unexpectedly exceeded her polling results by 5 percentage points while Rousseff did not meet the high numbers the polls had given her.

Without a doubt, Silva’s Green Party and its supporters will be critical for electoral success in the presidential election. Some of Silva’s supporters have decided to back Serra and both candidates are reportedly trying to earn Silva’s endorsement as well as curry her party’s favor. Although Rousseff ran a fierce campaign, she ultimately failed to convince enough voters to avoid a second round of voting. With respect to Brazil’s congressional elections, Rousseff’s party seems to be in good shape. Her party, the PT, has gained 9 seats in the Chamber of Deputies while Serra’s PSDB lost 12 deputies.

Brazil’s electoral system works well in terms of the presidential and gubernatorial election process in which a runoff takes place in the event of neither candidate reaching a majority, as is the case now. However, the National Congress uses different voting systems in the Federal Senate and the Chamber of Deputies. Those in the Federal Senate are elected by a plurality of votes (the first-past-the-post system) rather than an actual majority. The Chamber of Deputies uses an open list proportional voting system which should guarantee diverse voter choice by allowing the option of voting for a party instead of a candidate.

Some argue that the rules concerning the number of seats allocated in the Chamber of Deputies are poorly designed. In the Chamber of Deputies, each state must have a minimum of 8 seats and a maximum of 70 seats proportional to each state’s population. These seating regulations harm proportional representation because less populated states are overrepresented while densely populated states are underrepresented.

In Brazil, the electoral system for the National Congress is in need of reform. Voting is compulsory in Brazil for 18-70 year olds who are literate so turnout isn’t an issue. The Federal Senate is especially troubling since its members are elected by a plurality. The Chamber of Deputies does a better job of representing Brazil’s population due to the use of proportional representation but the seating limits restrict this system’s potential to truly reflect Brazil’s voters.