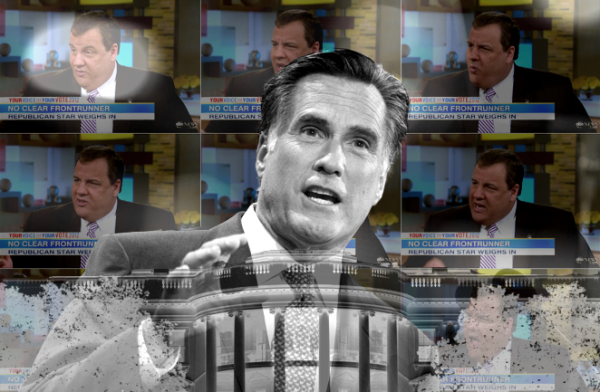 Whether or not Mitt Romney wins Republican primaries in Michigan and Arizona tonight, there is no denying the fact that, since his January 31 victory in Florida and February 4 win in Nevada, the last few weeks have been surprisingly difficult for the former Massachusetts governor. According to Romney surrogate New Jersey Governor Chris Christie, the Republican National Committee’s new rules (which led to more states allocating delegates by proportional representation)—not Mitt Romney and his declining vote shares relative to 2008—are at fault for his candidate’s recent travails. Blaming the rules for one’s poor performance or failure to meet expectations is certainly not a novel political strategy, but Christie’s statement—as we will see—gets a lot wrong. Just ask his state’s voters, which now are far more likely to vote in a meaningful primary.

There was a time after the New Hampshire primary when it seemed as though Republican presidential hopeful Mitt Romney would roll to victory early in the battle for his party’s nomination. Certainly, the stage was favorably set, the former Massachusetts governor possessing an impressive financial advantage, a swath of endorsements, and poll numbers indicating him to be the most competitive Republican candidate in prospective general election matchups against President Barack Obama. Although Romney struggled to bring conservative voters into his fold, he seemed to benefit from that voting bloc’s division among rival candidates battling for the “anti-Romney” mantle. When a prominent, well-funded Super PAC began spending heavily on his behalf, all the piece seemed to be in place. 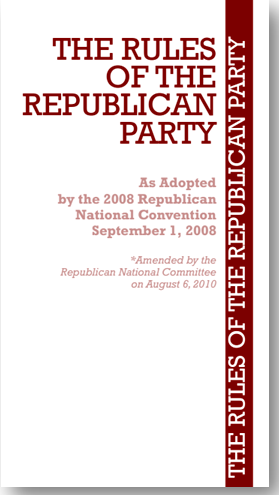 And at first, the results conformed to expectations: an apparent razor-thin victory in the Iowa caucuses followed by a win in the New Hampshire primary. Romney, it seemed, was on his way. Then, the storm came. Finalized vote totals out of Iowa showed rival Rick Santorum besting Romney. Shortly after, Romney stumbled in South Carolina, losing by a large margin to a resurgent, reinvigorated Newt Gingrich. After a come-from-behind, face-saving win in Florida at the end of January, Romney’s regained frontrunner status took yet another blow, this time from Santorum, who stunned Romney (not to mention the entire professional punditocracy) on February 7, winning in Colorado, Minnesota, and Missouri to surge ahead nationally.

With Romney’s position increasingly precarious, some supporters within the party establishment, as The New Yorker reported recently, are “expressing misgivings,” with POLITICO adding that a cohort of GOP powerbrokers—looking to a brokered convention—have begun searching privately for an undeclared candidate to play the role of “savior.” As the race winds its way into March, Romney and his team—given the swings in momentum over the course of the campaign and Santorum’s vow to fight until the end of the schedule—are in the process of reformulating their strategy, preparing for a nomination battle that lasts longer than they had anticipated.

The question everyone seems to be asking is why a man with Mitt Romney’s advantages has been unable to defeat his opponents and claim the nomination, a query ABC’s George Stephanopoulos recently put to Romney backer, New Jersey Governor Chris Christie. Governor Christie, subscribing to the school of thought that the best defense is the attack, blamed his candidate’s problems on the Republican National Committee’s new rules that led to more states using proportional representation for the allocation of delegates to the Republican National Convention. Calling the rule change “a mistake,” Christie continued:

It’s just going to string this thing out against an incumbent president. It just makes no sense for us as a party. That’s why I voted “no,” and I hope the people in the party who voted “yes” for that are now rethinking their position…as a party, we should never have changed the rules, because what we’re doing now is we’re creating ourselves problems we don’t need.

Regarding the first argument, Christie’s preemptive strike against the GOP’s proportional rules misses a key point. Although it is true that a candidate cannot win a nomination without collecting a majority of delegates and that proportional rules do affect delegate distribution, such rules cannot be blamed for Romney’s present struggles. This is because Mitt Romney does not have a delegate problem, he has a vote problem. And if a candidate cannot win the most votes in a given contest, he or she misses out on critical momentum—in the form of increased donations, media attention, and event attendance—the true life giving force of a campaign. If anything, this year’s election cycle has demonstrated the difficulty Romney has faced in winning voters over to his side. Most glaringly, he has lost states to his opponents—and therefore lost out on momentum—not once, but five times. As further evidence of Romney’s electoral weakness, he has won smaller vote shares compared to his own candidacy in 2008 in six of the nine states that have voted so far (see our Romney vs. Romney feature). As Romney has struggled with voters, he has let his opponents back in the race.

Whether losing states to other candidates or failing to match himself circa 2008, Romney’s underwhelming 2012 performance, then, is not attributable to him shedding a few delegates to Santorum here and a few to Gingrich and Ron Paul there, as a result of proportionality. Importantly, proportional rules for delegate allocation only come into play after voters have cast their ballots. As The Washington Post put it, “The fact that a new [challenger] emerges each time [Romney] vanquishes another betrays the existence of a deeper discontent with Romney himself.” In other words, the GOP race is “historically volatile” in part because of Romney, not in spite of him.

Christie’s second argument—that a protracted nomination battle is a “problem” for the party—is certainly not new, and indeed many other Republican governors—including some who have not endorsed a candidate—have raised similar concerns. In 2008, as Barack Obama and Hillary Clinton were mired in a highly acrimonious and seemingly never-ending nomination battle, many Democrats initially expressed similar concerns. Protracted intra-party battles, the traditional (and tired) argument goes, prevent a party from focusing on and uniting against its general election adversary (in this case President Obama) and risk bloodying the party’s eventual nominee.

But as 2008 showed, this conventional wisdom does not always reflect reality. Although initially political analysts thought John McCain’s early nomination victory would benefit his candidacy by allowing an earlier pivot to the general election, it soon became clear that the Democrats were benefiting from their lengthier process. Not only did McCain and the GOP endure a virtual media blackout as journalists covered each new round of the Democratic contest and highlighted the party’s message, but it prevented McCain from building campaign operations in states that had not hosted early GOP contests. Furthermore, a preference for a shorter nomination battle is highly troubling democratically. In 2012, a truncated race for the GOP nomination would mean many millions of Republican voters would have no say in selecting their party’s nominee, including those in the governor’s home state of New Jersey, not set to vote until June 5. We can assume that if the governor thought on February 22 that the GOP nomination battle—after just a handful of state contests—was a “problem” that made “no sense” for his party, he would look upon the possibility of a June campaign between Romney and his opponents with trepidation. But as FairVote has noted before, in a truly democratic system, all voters, not just those in a few privileged early states, should have the right to participate in a meaningful contest and a fair process.

Democratic rights aside, Christie—in arguing for an early knockout—seems to prioritize the interests of his candidate over those of his state. For instance, one could argue a competitive Republican race in June to be a good thing for the New Jersey GOP, invigorating and galvanizing a party in a Democratic-leaning state and prepping state Republican voters for the coming general election. A competitive Republican primary would also bring attention a state long accustomed to the neglect and indifference of major party candidates.

Indeed, this is the reason why the RNC—having seen the way in which Obama vs. Clinton energized Democrats and put many Republican-leaning states in play—changed its rules two years ago. Can forcing Romney to contest primaries and caucuses in traditionally “blue” states, such as California (where Republicans are enthusiastic about having a contest that matters), really be a bad thing if it lays the groundwork for a possible general election campaign that forces President Obama to defend his own backyard? After all, Obama’s surprise wins in Indiana and North Carolina in 2008 were boosted by the campaign operations he had built in those state’s during the hotly contested Democratic primary.

It is natural for Governor Christie to defend his candidate. Such is what adroit surrogates do. If the governor wants to debate the merits of proportional rules, then that is fine. But to blame such rules for the struggles of Mitt Romney is simply to play loose with the facts. Even worse, the governor’s desire to avoid a nomination process in which more Americans—rather than fewer—get to participate demonstrates a sobering disregard for the democratic principles upon which our nation was supposedly founded.