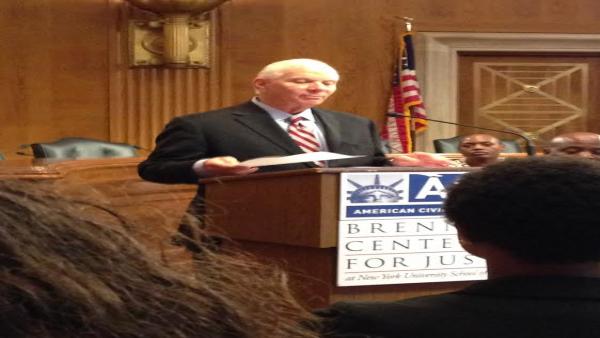 On July 22, at an event co-sponsored by the ACLU (American Civil Liberties Union) and the Brennan Center for Justice, U.S. Senators Ben Cardin (D-MD) and Rand Paul (R-KY) explained their support for restoring voting rights to citizens with felony convictions and described the disproportionate impact felon disenfranchisement has on minorities. As FairVote has noted, the denial of the right to vote to people with felony convictions threatens core principles of American democracy, with some five million citizens disenfranchised. Everyone of those disenfranchised voters could vote if living in one of our states that accepts voting rights as fundamental, but cannot in the state where they live today.

Cardin and Paul agreed on the fundamentals of a broad framework to abolish restrictions on the voting rights of people with felony convictions, although have introduced separate bills. Both bills expand voting rights in federal elections to citizens currently denied their fundamental rights and establishes a system to notify them this change. In addition, both bills grant the Attorney General, the Department of Justice, and private citizens a framework to sue for full and equitable application of the law.

The two bills are not identical, however. One difference is that Senator Cardin’s bill (S.2235) would grant federal voting rights to all people with felony convictions after they have completed their prison time, whereas Senator Paul’s bill (S. 2550) would restore federal voting rights only to non-violent felons. Cardin’s proposal, the Democracy Restoration Act, echoes FairVote’s proposal for a constitutional right to vote, noting “the right to vote is the most basic constitutive act of citizenship.”

FairVote recognizes the political and practical difficulties in passing any legislation on this topic, but we are confident this difference and others will be resolved. We commend both Senators Paul and Cardin for leading on this critical issue. It is critical that our nation have a dialogue on this key issue, and the Senate Committee on the Judiciary should promptly consider both bills. 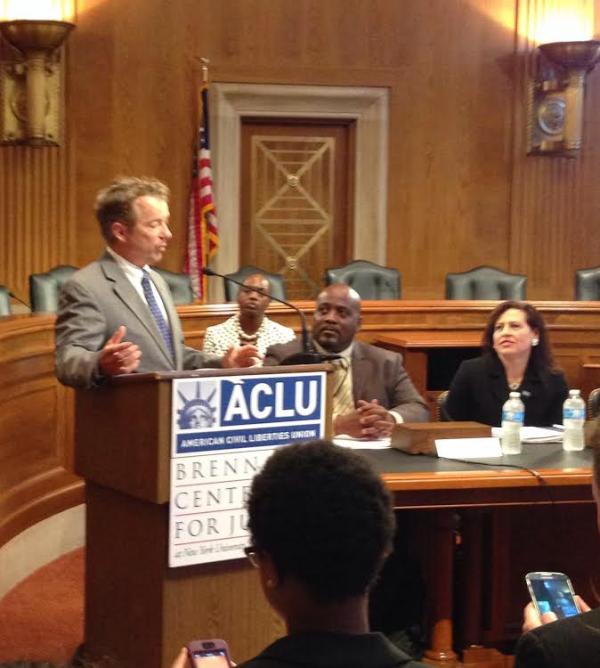